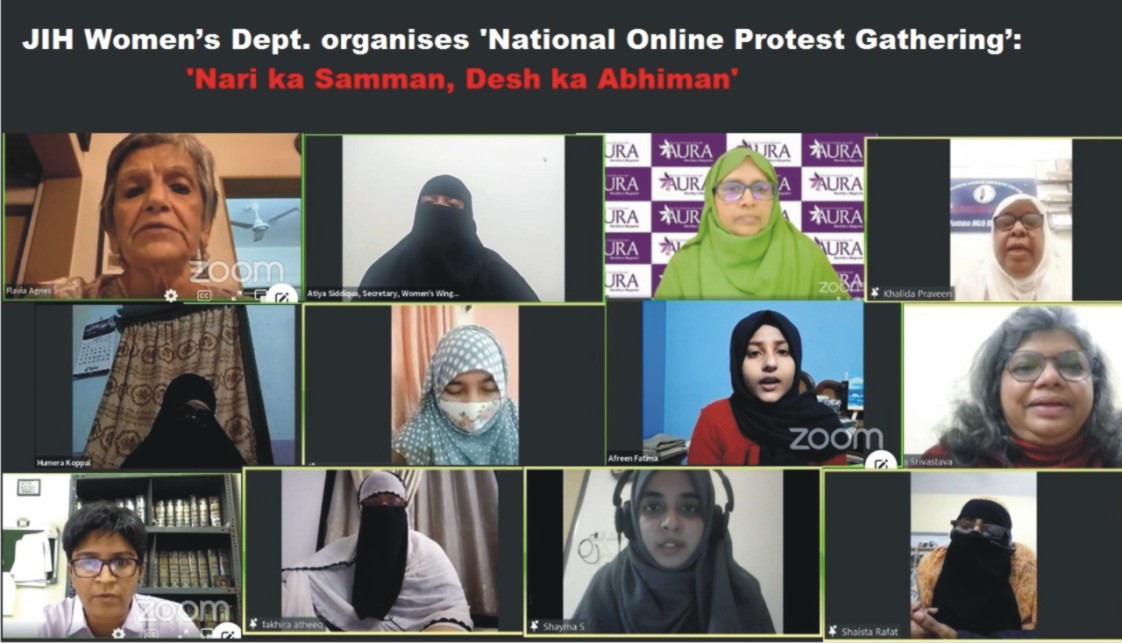 New Delhi: Women’s activists, attorneys, journalists, social, political, and community leaders joined an online protest organized by the Women’s Department of Jamaat-e-Islami Hind (JIH) on January 7 in response to escalating attacks on women’s dignity. They condemned the ‘peddlers’ of hate, sexual violence, and misogyny, such as ‘Sulli Deals’ and ‘Bulli Bai.’

They all voiced their support for the women who have been targeted in this abhorrent and criminal practice of “auctioning” Muslim women, particularly those who are involved in public life and work as journalists, activists, movement leaders, and scholars. They vehemently demanded that individuals who were targeted be compensated.

They raise concerns about the culture of sexual impunity that allows such incidents to occur regularly despite the state and police authorities being aware of them. They also voiced concerns about the intense debate around the age of the accused and how this should not be used as an excuse to let them off the hook and the need to fight for justice rather than blaming the women who have been targeted. Many speakers emphasized the importance of people from all cultures and areas speaking out against the hate culture. The nature of gendered Islamophobia was also brought up throughout the event. The meeting’s welcome address was delivered by Fakhira Tabassum and anchored by Humera Koppal.