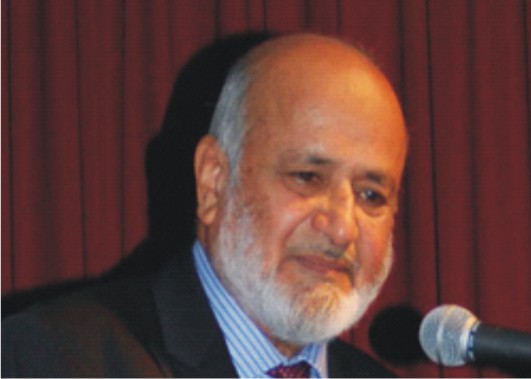 Born in 1933, Shakeb grew up in Hyderabad and Aurangabad. He received a BA in Political Science from Osmania University, and an MA from the Aligarh Muslim University in 1956. He completed his doctorate on Relations of Golkonda with Iran from Deccan College. He was appointed as an archivist at the State Archives of Andhra Pradesh in Hyderabad, where he created the Mughal Record Room. From 1980 to 1987, he taught Indian history and the history of Indo-Islamic art and culture in the Department of Indology at the School of Oriental and African Studies, University of London. He also played a crucial role in setting up the Haroon Khan Sherwani Center for Deccan Studies at Maulana Azad National Urdu University. Shakeb died in London earlier this year, aged 87. He is survived by his wife, two daughters, a son, and nine grandchildren.