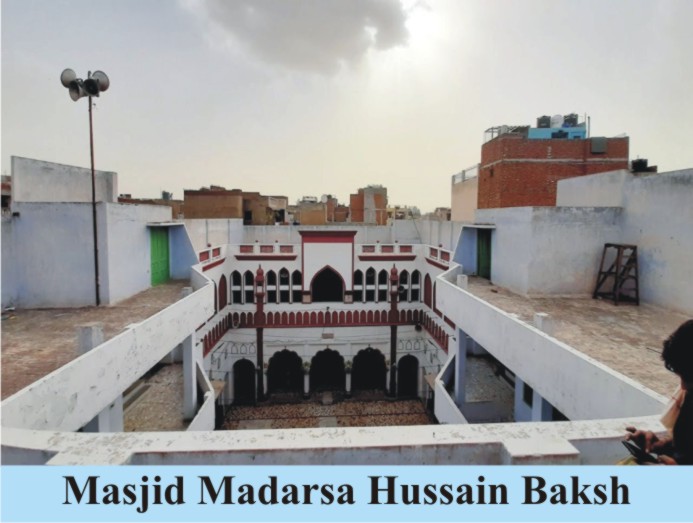 Dear brothers and Sisters:
I read the following obituary note on the Facebook page of Mr. Zia UsSalaam.

Zia Us Salaam writes: “Haji Abdul Qayyum devoted 54 years of his life to Madrasa Husain Bux, a historic seminary in Old Delhi where our freedom fighters often gathered. He was an honest muezzin. For many years he maintained files of the madrasa. For around half a century, he would get up a couple of hours before sunrise, offer his Tahajjud prayers, and recite the Quran. In between, he would make sure that worshippers had warm water for ablution, the ground under their feet would be without a speck of dust and the prayer mats sparkling clean. On Fridays, he would be a one-man army to clean the mosque for around a thousand worshippers.

He asked no favours, and suffered no local politicians. Honest to his last bone, he spent his life in a one-room house attached to a madrasa. He supplemented his income by running a small shop near Jama Masjid. With limited income, he gave good education to his kids and never discriminated between sons and daughters. One of his daughters is a Ph.D. and teaches at Delhi University. His son-in-law is a Ph.D. in Hindi.

Yesterday, Muezzin Sahab breathed his last. In the fitness of things, he offered his Tahajjud prayers in the wee hours. A little later, he went for ablution before men gathered for Fajr prayers. As he sat cleaning himself for compulsory prayers, he had a heart attack, and collapsed right there. A few minutes later, he passed away right in front of the hauz he had maintained with dedication for over 50 years. In the afternoon, after Zuhr, his funeral prayers were said in the same madrasa and Haji Abdul Qayyum left the seminary one last time, his bier being followed by hundreds of well-wishers. He was a man of great virtue and an unsung hero in the madrasa’s attempt to provide quality education to the poor. May Allah grant him eternal life”.

I felt a deep serenity in my heart as I thanked God for such wonderful witnesses to God in our own times. I couldn’t but remember what the Holy Father Pope Francis wrote in his apostolic exhortation, Evangelii Gaudium (No. 252): “We must never forget that they (Muslims) “profess to hold the faith of Abraham, and together with us they adore the one, merciful God, who will judge humanity on the last day” … how Muslims both young and old, men and women, make time for daily prayer and faithfully take part in religious services. Many of them also have a a deep conviction that their life, in its entirety, is from God and for God. They also acknowledge the need to respond to God with an ethical commitment and with mercy towards those most in need”.