A ‘Little’ Initiative That Could Go A Long Way! 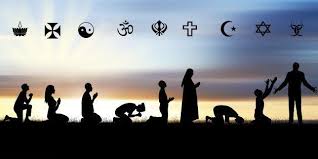 In our closely interconnected world, where people from diverse communities are now heavily interdependent on each other, harmonious inter-community coexistence has become nothing less than an existential necessity for humankind. Across the world, a variety of initiatives to bring together people from diverse faith backgrounds to work for the common good are underway.
Given the influence that they enjoy within their communities, men and women who transmit and interpret their religious tradition to their co-religionists such as priests, nuns,a clerics, monks and religious scholars have a central role to play in promoting interfaith understanding and harmony. If they take a leading role in this regard, they can inspire ‘lay’ people in their own communities to get involved in this work too. Bringing the interfaith harmony agenda into the institutions where such religious ‘specialists’ are trained, such as seminaries, monasteries and madrasas, is one way to encourage would-be interpreters of religion to become active proponents of interfaith understanding and harmony.
Recently, I had the good fortune of attending one such initiative, held at one of the country’s largest Catholic seminaries. Although a major focus of the seminary is Catholic theology and philosophy, it also has a centre for the study of world religions, testifying to an openness to other faiths and their adherents. A programme organised by the centre brought together speakers from four different religious traditions Buddhism, Islam, Christianity and Hinduism to speak on the theme of ‘Transcending Violence’. The audience consisted mostly of the seminary’s students and several dozen junior monks (perhaps trainees) from a local Buddhist monastic training centre.
Whatever the quality of their presentations may have been (sometimes such talks can be very superficial and preachy!), the very fact of speakers from different religious traditions addressing an audience consisting mostly of students from a Christian seminary and a Buddhist monastic training centre on the need for interfaith understanding and harmony was itself a great thing. So too was the fact of would-be priests and monks sitting together in the auditorium for four hours or so! That itself must have been a novel experience for many!
The seminary’s initiative exhibited an openness to other faiths and a willingness to listen to and learn from their adherents that is truly appreciable. Who knows perhaps this ‘little’ initiative will go a long way and one day some of the seminary’s students or some of the would-be monks will emerge as enthusiastic proponents of interfaith understanding and inter-community harmony, which today have become such a pressing necessity the world over!