The Supreme Court’s ruling striking down the practice of triple talaq in one sitting should be welcomed by all conscientious citizens of the country who uphold the principles of equality, gender parity and justice for all. 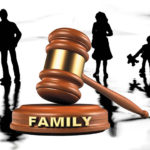 The Supreme Court’s ruling striking down the practice of triple talaq in one sitting should be welcomed by all conscientious citizens of the country who uphold the principles of equality, gender parity and justice for all. The Constitutional bench of the apex court has held it unconstitutional. A closer examination of the relevant verses of the Quran would reveal that negotiation for reconciliation, rapprochement and patch-up are cardinal to the process of dissolution of a Muslim marriage gone sour. Given these provisions, instant talaq is inconceivable. That it has remained a valid instrument among Muslims of the Hanafi school (who are preponderant among the Muslims in India) for over a millennium should have been recognized as an aberration. The apex court ruling has done precisely this and asked the Government to frame new rules.
It is instructive that the honourable judges have taken the Quranic principles of equality and justice as the basis for their majority judgment, rather than being distracted by the practice commonplace within the community. The Quran suggests that divorce or the break-up to be taken as the last resort when all attempts to patch up between a couple have been exhausted. The judges have applied their mind ably and thoroughly scrutinized the underlying ethical basis of such injunctions enshrined in the Divine book.
A study of 4th chapter of the Quran, Nisa (Women), and 65th chapter, Talaq (Divorce), makes it abundantly clear that Islam prescribes divorce to be invoked only as an unavoidable necessity to end a defunct marriage. It neither recommends nor visualizes a situation where triple divorce would be pronounced in rapid-fire succession. The Prophet of Islam said: “Allah has not made lawful anything more hateful in His sight than divorce. (Source: Abu Daud).
Islam was pioneer among the religions to recognize the necessity of providing an instrument for ending marriages that are irretrievably broken down. Much against the practice of women being considered property, Islam elevated their status as equal partners. Marriage was described as a ‘covenant’ and ‘contract’ between a male and a female, and not a sacrament. Rights and duties of the two partners were delineated clearly. Couples were advised to invest the mutual relationship with the glue of love, compassion, tolerance and compromise. Men were made to give mehr (dower) to their brides and were held the custodians of children. These were in fact provided as underpinnings to stabilize the marital relationship in an era when there were no courts, constitutions and the concept of gender parity. However, scope for cussedness, estrangement and even inevitability of separation was not overlooked. Hence, divorce or talaq was permitted. It was, however, never meant to be instantaneous, unilateral and arbitrary. It was only later that jurists and sharia courts came up with triple divorce. Exigencies and circumstances that urged the same may no longer remain relevant today.
Even a cursory glance on the Quranic procedure of the talaq would make it plain that it sets out an elaborate procedure for the revocation of a marriage. Recognising the possibility of incompatibility between spouses, it enjoins the couples locked in a non-functional marriage to sort out differences with mutual consultation. Further, it directs them to bring in elders to arbitrate the affair if the husband and the wife fail to resolve it among themselves. It then allows the husband to pronounce ‘talaq’ twice with an intervening period of three tuhr (menstrual cycles). These are revocable. This was advised in order to provide the contending couples time to cool off and try rapprochement. The third talaq was allowed after yet another period of tuhr, which was irrevocable. This elaborate process was laid down in order to ensure continuity of a relationship that comes with a lot of emotional, biological, social and financial baggage.
Just as religious tenets and practices were corrupted over time among all societies, the instrument of divorce in Islam underwent modifications and attracted distortions in varied times and climes where patriarchy was commonplace and gender equality and justice were inconceivable. Customs and conventions mingled and merged. Practices departed the path of principles. What was designated as a process got reduced to an event.
However, even within the community, sects such as the Shia and the Ahl-e Hadith stuck to the original position and refused to consider the three utterances of talaq in a single sitting as repudiation of marriage. Curiously, Muslim men among followers of Hanafi school who regret their use of three talaq approach the Ahl-e Hadith mosques to rejoin their wives. It has been long since a majority of the Muslim-majority countries have brought in reforms and have declared the practice of three talaq in one sitting inapplicable.
The present denouement could have been avoided had the Muslim Personal Law Board initiated discussions for reform within the community to cast out the talaq e bida’a of instantaneous divorce. Unfortunately, the Board sat over the matter, contending that the entire corpus of law is ‘sacred’ and brooks no further interpretation, interference and possibly legislation, more so under a secular dispensation. But this simply cannot be the case with any legislation anywhere as society is dynamic and law cannot afford to be static. It was only at the fag end of the judicial proceedings and legal debate that the Board began to issue faint hint of bringing in reforms.
It now devolves upon the Board to cooperate with the Parliament to put in place a law that invalidates the unjust and abominable practice of triple talaq in one sitting and frame rules that bring in parity between the genders. There should neither be a heartburn nor jubilation from the part of sides that have been arguing for and against such reforms. No meaningful headway can be made on the road to undoing injustice if people are made to feel slighted or victorious by scoring or losing points.