Islamic Voice 0 April, 2016 12:00 am
Misreading of a Sensible Judgment
Reserve Bank of India – Modi Govt Accessing Reserve Funds
Roshan Baig – Is he joining the Rat Race for the Top Post?

If we want to live in peace with all humanity, we have to see with the eyes of peace. Then, we will begin to envision what Martin Luther King, Jr. called “the beloved community.” 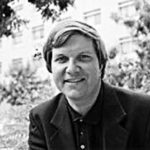 Over the last 20 years, while meeting suffering people across the world, I have made a great discovery. Behind the barricades of Belfast, in the mountain villages of Guatemala and El Salvador, on remote islands of the Philippines, on the streets of Baghdad, Hebron, Port-au-Prince, Harlem, and Washington D.C, in the countless jails, hospitals, shelters, soup kitchens and death rows, I have visited–wherever I go, whomever I meet, whatever eyes I look into”I see another child of God. Here is another sister, another brother.
How we live in the world depends on how we see ourselves and the world itself.
If we believe life has no ultimate meaning, that the world will always be in chaos and that we can get ahead of others by whatever means necessary, then we will self-destruct along with the world. A self-fulfilling prophecy.
But if we believe life has a purpose, that the Creator is a God of peace, and that we are called to plumb its depths, then life and our contribution to humanity take on a redemptive potential.
If we want to live in peace with all humanity, we have to see with the eyes of peace. Then, we will begin to envision what Martin Luther King, Jr. called “the beloved community,” what Jesus called, the “reign of God”.
A life of peace begins with the simplest and most basic truth: We are all equal. Every human being is equal to every other human being. We are all sisters and brothers, all children of the God of peace. This vision is fundamental reality. All life is sacred. Everything we do or say comes from this vision.
If we kill other human beings, we destroy our very sisters and brothers. Once we truly realize the essential unity of all life, we can never hurt or kill another human being, much less wage war, build nuclear weapons, or allow millions of human beings to starve to death each year.
[“¦] The culture around us teaches that a vision of peace is just a dream, and that the only way to live in the real world is to make as much money as you can, acquire power, and dominate as much as possible.
Instead of a culture of inclusion, we live in a culture of division. Instead of a culture of justice, we live in a culture of injustice. Instead of a culture of compassion and forgiveness, we live in a culture of revenge and retaliation. Instead of a culture of non-violence, we live in a culture of violence. Instead of a culture of peace, we live in a culture of war.
If we want to move towards a culture of peace and non-violence, we will have to open our eyes, see with new vision, and recognize every human being as our very own sister and brother. This vision of peace is the centre of the world’s religions and a spirituality of peace and non-violence.
As we begin to see the world through the lens of non-violence, we are not only appalled by the world’s violence, we commit ourselves to ending it. We begin to resist wars, violence, and other injustices and promote peace, justice and active non-violence for all of humanity.
More and more people share our vision. Scales fall from our eyes. Weapons fall from our hands. Suddenly the great truth hidden since the creation of the world is revealed. We are already reconciled to one another and to God. We are already one.
We are transformed forever. From that moment forward, we can reach out to befriend everyone we see, every human being on earth, especially the suffering, the ostracized, the poor, the enemy, because we know everyone as our sister and brother.
This vision is easy to accept if we but open our eyes to the sanctity of life and the equality of the human family. Living out that vision for the rest of our days is more difficult. The culture will insist that we are blind. Centuries of war and violence have convinced us that some, but not all, are equal, and thus some can be legally disposed.
The culture will claim who can live and who can die. If we insist on the truth of our vision of humanity, and say what we see and what it means to us, then we will have to live it out, even in the face of cultural opposition. From now on, that vision will tell us that everyone gets to live.
We humbly go forward to do the work of peace, to not only stop our complicity in the suffering of humanity, but to contribute to the world’s non-violent transformation. Despite the culture’s blindness and its insistence that human life can be taken, we will never again condone violence. From now on, we will choose the life of peace.
(Extracted from “Living Peace: A Spirituality of Contemplation and Action”, by John Dear, a Jesuit priest, who was for many years executive director of the Fellowship of Reconciliation, one of the largest and oldest interfaith peace organisations in the USA. He is the author of several books).