Identifying people we admire and the qualities in them that we appreciate is a key component of self-improvement. It provides us with valuable resources to learn from and be motivated by. 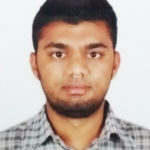 From early childhood onwards, we model our actions based on the influence of others, including our parents, teachers and friends, all of who leave an impression on us.This is how we first learn about our world and how to interact in it. Although we often like to think of ourselves as completely independent and autonomous individuals, the truth is that who we are is greatly influenced by the people we choose to look up to.
Here I’d like to share something about three people who I had the chance to personally know who I admire greatly. This sort of reflection is a very useful exercise for determining what it is we really like about others and how we can model these characteristics in our own lives.

Mubaris
The first of the three is Mubaris, who was my friend in college. He was very experienced and knew much about life. He was respected by everyone in his circle of friends. Another thing about him that I recall was his knack of lightening the mood of people he was with.

Abdul Rehman
The second person is Abdul Rehman, who was also my friend in college. He was very fond of cricket, so much so that he was captain of the cricket team for two years and led the team to several wins. He used to speak with his skills. He was very good at managing things, even though he was not as good at studies. I wish I had management skills like him.

Ajaz
The third person I admire, Ajaz, was also again a college friend. He was good in studies and had a helpful nature. He used to be ahead of others when it came to term tests, submissions, projects and vivas. He used to complete his work early, and in the peak time of exams, he used to teach others. He helped not only me, but several others in my batch. He was not a topper in class, but definitely a first-class student. I wish I was as serious in academics as he was and also able to teach others, like him.
Identifying people we admire and the qualities in them that we appreciate is a key component of self-improvement. It provides us with valuable resources to learn from and be motivated by. When we focus on people who have achieved values and goals that we care about, we can use their example and inspiration to achieve similar values and goals in our own life.
Learning from other individuals is not about trying to copy or mimic their every move. The people you look up to are human at the end of the day. In the end, you have to be yourself. However, that doesn’t mean you can’t learn a thing or two from someone else along the way in life’s journey.