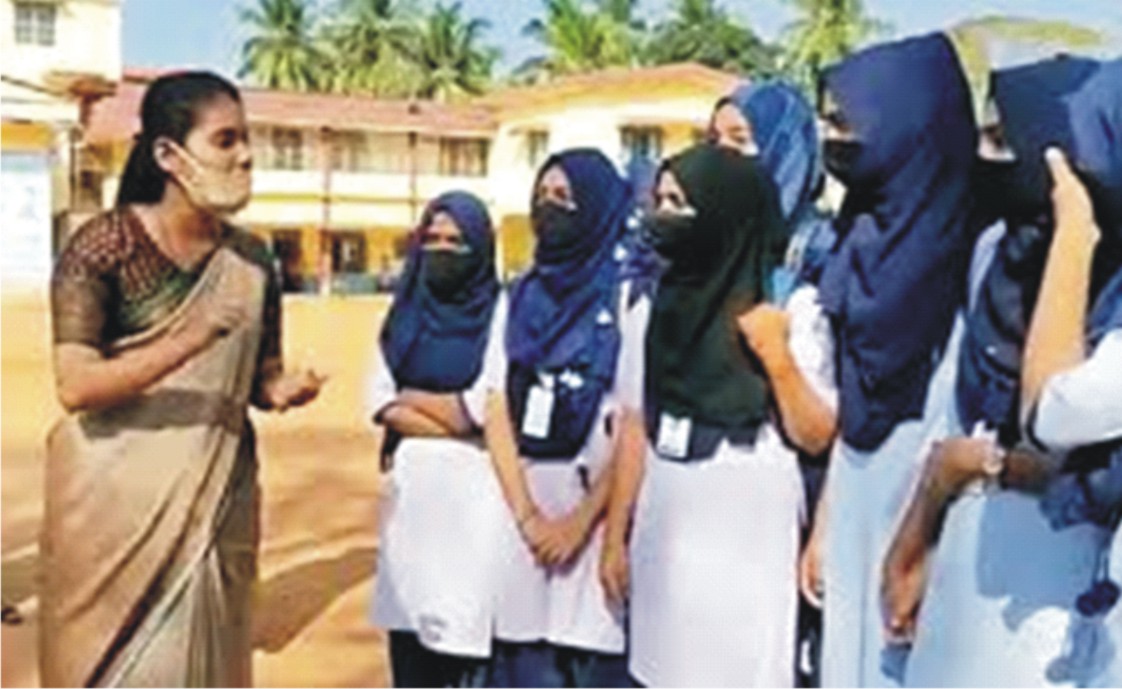 HomeOpinion
Prof. Jalees Ahmed Tareen 0 April, 2022 6:19 pm
An Unfortunate Truth – Using Islam as a Convenient Facade
90% of TV Channels are Owned by Nine Corporates
Yoga is Ok, Yoga-Politics is Not

Have the Ulema, the Imams, Political leadership thought of a unanimous strategy?
Much has been convincingly spoken, discussed, argued in the courts and outside the courts and on social media defending Hijab and its justification from a religious perspective. Everyone, including a majority of non-Muslim women, agrees to the spirit of Hijab in Islam and safeguarding women’s modesty and chastity. Dozens of “WhatsApp” messages have successfully incited and emotionally charged the community.

The Muslims of India is today at a crossroads. They long to hear from the community leaders, religious leaders, and political leaders on one platform debating on a common strategy for the community and Muslim girls to keep the education continued at all levels irrespective of the supreme court’s verdict. We have failed the community with divided voices. We have so far failed to see the religious leaders of different schools and Maslaks and Fiqh coming on the same platform to debate and give a uniform and practical opinion and direction to the community that should encourage Muslim girls to continue their education in the schools, colleges, universities and professional courses.

We should recognize the consequences of Muslim women staying away from formal and professional education in preference to a particular attire and style of Hijab. It would be too late when we realize the gradual disappearance of Muslim women as doctors in hospitals, as officers in the offices and public places, as teachers and professors in schools and colleges, as lawyers in courts, as scientists in research organizations, as techies in multinational companies, and many more places, you would be longing to see them and would be sad to see the vacuum. We should also recognize the limitation of Hijab and Burqa during specific practical professional training for certain professional careers for women. Above all, if Muslim women distance themselves from formal education,50% of the community remains uncompetitive with the women of other communities and fail to stand shoulder to shoulder and speak with the same level of competence and confidence.

n fact, an uneducated woman secludes herself from the rest of the women. Twenty-first century is a century for the youth, where men and women make their careers through global competition as global citizens. A community with enlightened women will nurture and raise enlightened children. A Quranic and religious training can always go hand in hand with formal and modern education.

Collective leadership and spelling out explicit strategies for the entire community with unanimity is the sole responsibility of the Ulema, the Imams, and the political leadership. There are only two threats facing Muslims in India. A continued and consistent effort to poison the hearts and minds of the majority community against Muslims and isolate them from the system. Secondly, to keep the community engaged in unproductive emotional issues to distract them from educational and economic progression. Education is the ultimate solution to attain equality and prosperity in the country, keeping our identity intact through good conduct and character. With a vengeance, Muslims need to spearhead “Mission Education”, particularly to girls.

One shortsighted action or wrong and divided opinion can impact the lives of generations. For instance, a handful of persons who fought for decades for an abandoned controversial Babri mosque only helped the political disposition to polarize most moderate non-Muslims of India, ultimately to come to power with an unchallengeable majority. We know the consequence of an absolute majority in a democracy. The majority of Muslims were indifferent to the issue or wanted the land to be gifted as a goodwill gesture. This advice came from many farsighted personalities but was not listened to. An act of voluntarily granting the Babri land would have given unfathomable goodwill to the Hindu brothers and sisters. The shortsighted leadership failed us. Have we not learned a lesson from this blunder? We still continue with cynical arguments of a few other demands of Hindus, not realizing the consequence of isolation, discrimination, and bias the Muslim community is facing at every level and everywhere in the country, which now includes educational Institutions.

The solution to the miseries of Indian Muslims is
1. Hijab or (no-Hijab) is an aggressive policy of propagating education, particularly for our women. This should come in one voice from the entire religious and political leadership.
2. The opposite of hate is love. Consistent efforts to counter the hate propaganda through untiring efforts to enhance our friendship improve personal relations; win the goodwill of non-Muslim neighborhoods.
3. Stay away from deliberate emotional distractions spread through social media and WhatsApp messages.
If the community leaders across the board do not unite to guide the Muslims in one voice to the progressive path through education, the disaster that would engulf future generations would undoubtedly seek answers from us, and I am afraid it may be too late.

The author is the former Vice-Chancellor, welcome comments, and reactions