Sonu Nigam’s Remarks – Need to Bring Down the Din

Islamic Voice 0 May, 2017 12:00 am
Islam, Women and Islamic Feminism
Zero-Defect Universe
Extremism is a Perversion, And Islam Has No Place for It 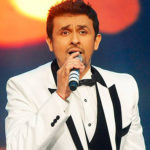 Cacophony is in the air all over. Self-check would be a better alternative to an omnibus ban.
By Maqbool Ahmed Siraj

Singer Sonu Nigam’s remarks about azan have sparked an outrage. Choice of words does have scope for generation of more heat than light. But what he said should have triggered introspection among Muslims, which is sadly not the case.
Azan is a call for prayer and not the prayer itself. It is, of course, a part of the collective religious obligation. But loudspeaker is a century old innovation and per se does not carry a divine mandate. Just as some people may find it a sonorous wake-up call from the minaret, others could as well construe it a breach of peace at dawn. Both are entitled to their views.
Nigam, a popular singer that he is, with appeal across communities, could hae been more cautious with his words. One may be forced to hear an azan, but then this is the case with loudspeakers blaring out bhajans, kirtans, paath of religious hymns and music from the umpteen marriages going on all around Indian homes. Night-long Bhagwati Jagrans keep the residents awake through the winter nights in towns in North India. Similar are the temple fests that regale the devotees in the South.
Not alone this. Religious shrines”temples, church grottos and dargahs”pop up over the unlikeliest of locales e.g., traffic islands, parks and sidewalks causing physical obstruction. But these are all taken in the stride by common Indians, partly as an essential cost of a noisy democracy we live in and partly because we follow a please-all, religiously plural secularism. Most of us know too well that just as we enjoy a few holidays that we did not owe to our own faith, there is a commensurate need to exchange some disadvantages/discomfort too. Neither is there a desire to force-feed religiousness to others, nor is an element of gangsterism in festivities. Competitive ritualism has become order of the day in a country where people find no comparable appreciation for positive attributes of faith-driven service and sacrifice.
Perhaps Nigam’s words would have carried more meaning if he had appealed for muting noisy religiosity all across the faiths. The 21st century’s urbanized India is not what it used to be a century earlier. All kinds of cacophony is messing up the environment. We need to scrutinize what is essential and what is not. With alarm clock-studded cellphones in every pocket, one could easily skip a magnified call from a shrine but can still keep a date with the prayers. With mosques at the drop of a hat in places like Old Delhi, Okhla, Hyderabad and umpteen cities in Uttar Pradesh and Kerala, the din raised by the microphones could well be avoided. What is more important to know is that the azan is obligatory, but not the microphone.  A similar scrutiny is called for by practitioners of other faiths and followers of all cults.
Except the extremely biased few, one does not find any dearth of respect for faiths other than one’s own among overwhelming majority of Indians. Videos currently going viral show Prime Minister Narendra Modi falling silent as azan blares out of a nearby mosque in a recent election meeting in Uttar Pradesh. He even signals the restive crowd to calm down for a few moments. Another video shows Sonu Nigam, protagonist of the recent episode, carrying a chador on the head through the gate of the Ajmer dargah to be offered at the shrine of the 12th century sufi saint.
Sonic distress is the bane of our towns and cities. A voluntary check on the amount of noise we generate, both individually and as communities, would help us in forging peaceful coexistence. Culture, it is said, reflects more from the restraint one exercises on himself and consideration shown for others.