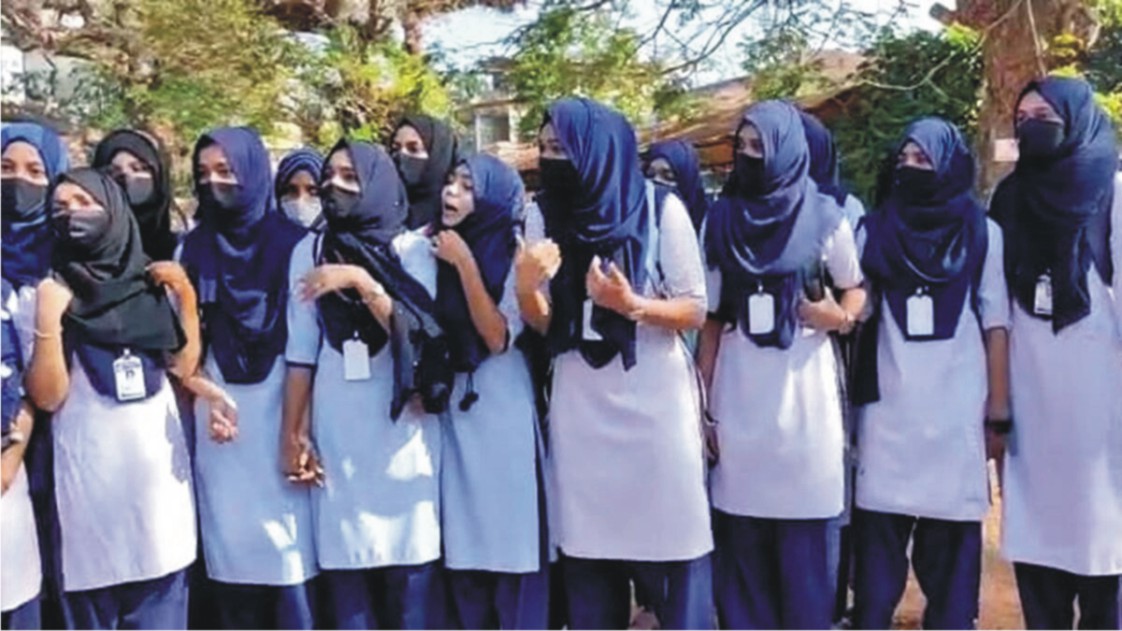 Controversy over Hijab: What is the stand of the Qur’an and Hadith?

For the past few days, the hijab of schoolgirls has been unnecessarily the subject of controversy in the country’s media. Neither is it constitutionally right with individual and religious freedom nor with the country’s social harmony. At the same time, it is affecting the better image of the country in the world, as the issue has spread beyond the national media to the world media. Interviews by some people who are misrepresenting the issue, or distorting the stand of the Qur’an and Hadith regarding hijab, are playing a major role in further aggravating and confusing the issue. They are misleading the common people.

In this article, we want to make clear the stand of the Qur’an and Hadith regarding hijab because it is very important to know its true picture. Like other religions, the Constitution of our country has provided guarantees and protection to the stand of Islam also. Let us briefly clarify the Islamic stand regarding hijab in a few points:

1. Hijab is an Arabic word that means to cover. At present, the cloth used to cover the head is called a hijab, while the word’s original meaning is simply “veiling.” In the Holy Qur’an, the word hijab is used in the sense of “veil.” There is a verse in the Qur’an that says that Allah speaks to a person from behind a veil. (Chapter Shura, 51:42) In ChapterMaryam, it is said that Maryam (AS) had taken veil (hijab) from the people. (Chapter Maryam, 17:19) Regarding the Day of Judgment, the Qur’an says that a veil will be placed between the people of Paradise and the people of Hell.

Chapter A’raf, 46: 7) Thus, in seven places in the Qur’an, the word hijab is used in the meaning of the veil. It is important to understand that a word in one language does not have the same meaning in another language. For example, in Urdu we use the word “aurat” for a woman. In Arabic we have the words” imra’t” or “Nisa’a” for a woman. The word “aurat” has a different meaning in Arabic.

2. Islam commands to cover the body parts. This order is mandatory, not optional. This rule applies to both men and women. In legal parlance, this is called “veiling the private parts” and the term “satr-i-aurat” that is, veiling the parts which are commanded to be veiled. These parts of the body are separate for both men and women. The rules of veiling become mandatory after reaching adulthood.

3. When a woman goes out of the house, what parts of her body are supposed to be veiled? The Islamic law is as follows:

• A woman can keep her face, head, neck, feet, shins, and arms unveiled in front of her mahram((someone with whom it is unlawful to marry) at home.
• A woman can keep her hands and face unveiled in front of strangers, which is the opinion of Jurist Abu Hanifa and some scholars. Other scholars are of the opinion that the whole body must be veiled; only the eye can be kept unveiled so that they can walk comfortably.
• It should be noted that this difference is related to the unveiling of the face; the unveiling of the head and hair is not allowed anywhere.

2. The Qur’an has specifically stated the rules for women to veil (wear hijab) in two places. Apart from these two places, general rules have been stated at other places also. One is in ChapterAl-Noor, and the other is in ChapterAl-Ahza’ab. ChapterAl-Noor is in the 18thpart of the Qur’an, in which both men and women are commanded to keep their eyes down and protect their private parts. After that, women are specifically commanded to show off their adornment and make-up to their mehram, and not to other men. Women were also told to put their veils on their breasts in the same context. The word in the Qur’an is Khimar that means dupatta, and its plural is Khumur. The other term used in the Qur’an is jeb that, is called the chest and collar, and its plural is juyoob. In this verse, two things are commanded: to cover the adornment and the other to cover the breasts.

Chapter Ahza’ab is in the 22ndpart of the Qur’an. This verse is commanded: “O Prophet! Tell your wives, your daughters, and the women of the believers to cover their bosoms and breasts”. The word Jilbab in Arabic means robe, and its plural is Jalabeeb. It has been ordered to put such a robe over one’s head, which is put over one’s head and comes down while covering the face. This command is for all believing women.

In view of both verses of the Qur’an, it is commanded that women should hide their adornment in front of strangers, cover their chests, and veil themselves. In a Hadith, the Mother of believers, Ayesha (AR) says that Asma bint Abu Bakr (AR) came to the Prophet (pbuh)as her clothes were thin, the Prophet (pbuh) said: “When a girl becomes an adult, only her face and hands should be unveiled”. (Abu Dawood: Hadith No. 4104). So the directive of both the verses of the Qur’an and the Hadith is that women should not unveil their heads in front of strangers, should not show off their adornment, and they should put a robe over their heads which is like a veil and cover their chest. However, they have the option to cover their face or not.

3. According to Sharia’h, obedience to this purpose and order is required in whatever form or with any cloth. The cloth in trend today is known as the scarf or hijab, and it covers the head. Some women cover their faces; some do not. But the heads are covered by all the women who follow the rules of the Qur’an and Hadith.

As a part of modesty, it has been a tradition for women in our country to cover their heads and faces within every community for thousands of years. In many parts of our country, Hindu women cover their heads and veil their faces. Sikh women cover their heads, and not even a man can go inside the Gurudwara without covering his head. Christian nuns and women cover their heads in many provinces and territories as it is a part of their religion and culture. The same is with Muslim women who have been covering their heads for hundreds of years, not just today. Many generations within schools and colleges have completed their education in the same way. Christian nuns teach in schools and colleges with their heads covered.
For Muslim women, head covering is as much a religious part as it is in many other religions and the Constitution of our country gives freedom of religion to everyone. As far as dress in schools is concerned, only a scarf of the dress’s color can be worn, and wearing a scarf by a Muslim girl does not violate the dress, nor does it cause any other person’s inconvenience. In the current issue, some extremists and those, who have ruined the country’s Ganga-Jamuni(composite) culture and the atmosphere of mutual love and harmony, have made a long-standing peaceful tradition a means of creating unrest and they are spoiling the peaceful atmosphere of the country. Such miscreants need to be curbed.