In the Face of Extremism: The Azhar’s Stance

Islamic Voice 0 November, 2013 12:00 am
It’s Time to Recollect Mahatma Gandhi’s Views on Namaz
Voices Against Terrorism
Extremism is a Perversion, And Islam Has No Place for It

One of the major characteristics of people with an extreme mentality, is that they stand firmly against all forms of reform and renovation in Muslim societies, under the guise of prohibited innovations. 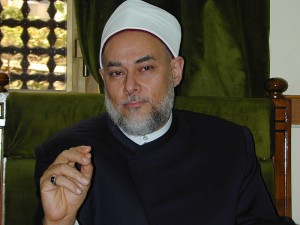 In our contemporary world, we also need to turn our eyes towards the major objectives of Shari’ah in terms of preserving mind, self, religion, dignity and possessions which are the fundamental tenets that represent the general system and are the bases for human rights.