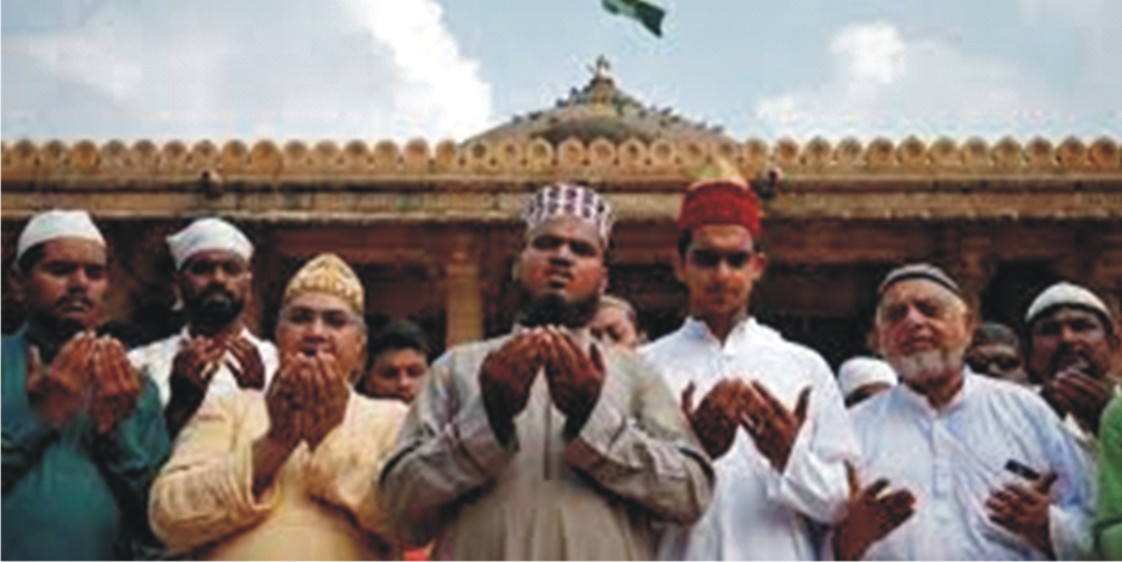 As well as the doctrinal and theoretical nature of Islamic casteism is concerned, it is well known that there are no such verses in the Quran which could be quoted in support of casteism, but it is very strange that most Ashraf ulama (clerics, priests, scholar) have tried their best to give the colour of casteism in their interpretation of those verses of the Quran which are in the opposition of casteism/racism. If we look at Islamic history, it is known that the first caliph was selected on racial grounds, that is, the caliph should be of the Quraish tribe (Saiyad, Shaikh). Barring a few exceptions, even today in the Islamic world, the Quraish (Saiyad, Shaikh) has been presiding over political and spiritual leadership.

Other official sources of Islam, hadith, and Islamic fiqh (law) clearly recognize discrimination based on casteism/racism in the selection of caliph and the selection of partners for marriage. The Islamic Sharia law prevalent in India has a doctrine for marriage called ‘kungfu’ which legitimizes discrimination based on caste, race, wealth, occupation, region (Arabic-Ajmi), etc. ‘Majmuy-e-Qawanin-e-Islami’ published by the Muslim Personal Law Board, which the board recognizes as a statutory document in the matter of personal law of Muslim society, openly supports the above points. However, some hadiths will also be found which strongly oppose casteism, so there are both types of hadiths – pro caste and anti-caste which are used by Ashraf accordingly.

There is evidence that the existence of racism and casteism in some way is found in the Muslim society of Arab and other Muslim countries. Where even today people of the Saiyad caste have the privilege of wearing a black colored mama (turban), discrimination and untouchability are common among the people of Yemen’s Akhdam community who are sweepers, the full name of Jordan is ‘Hashemite Kingdom of Jordan’ which is a caste-based name. It is noted that the Hashmi is the title of the Saiyad caste which is also commonly found in India. The three major Muslim countries Turkey, Saudi Arabia, and Iran are run by the Turk tribes, the bedouins tribe, who are considered lesser than the other Arab tribes, and Saiyans respectively. The current ruling Taliban in Afghanistan is a group dominated by Pakhtun Pathans.

Whether there is casteism in Islam or not could be a matter of cognitive-perceptual debate, but Islam which is prevalent in the present time is completely full of casteist colour.

In Islam, the appointment of the first Caliph, the fixation of his salary and other allowance, and the murder of the third Caliph were all race/caste-based and the importance of a particular race/caste in the Khutbah of Juma’a and a strong caste boundation in marriages, in these scenarios how could Islam claim to be free from casteism so far.

If we talk about India, then with the arrival of Arab, Iranian, and Central Asian Muslims the Islamic style of racism/casteism also starts here, which is clearly visible during their reigns (which can also be called Ashraaf rules).

Such were the feelings and incorporation of the nobility of race and caste that they intensely had a formally organized department called Niqabat which used to investigate the caste and race of applicants for the appointment in the Government administration and also investigated the suspicious people already appointed.

During the reign of Altamash, there is evidence of the dismissal of 33 such people from the administration, who were related to the so-called lower castes.

They were so secular in this regard that they didn’t spare even his fellow co-religionists (Pasmanda) of Indian origin.

Emperor Akbar had issued a state order for butchers and fishermen that their homes should be separated from the general population and those who keep socializing with them would be fined. He had also ordered that Razils (lower castes) should be barred from getting an education because these castes cause turmoil.

The last Mughal emperor Bahadur Shah Zafar ordered Nawab Saiyad Hamid to prepare a special army of 500 men. He also mentioned that there should be only noble and brave castes like Sheikh, Saiyad, and Pathan. People of Razil caste (low caste) should be kept away from this.

The Saiyads were privileged throughout the Muslim rule and were not given capital punishment. The reign of Ghiyasuddin Tughlaq and Muhammad bin Tughlaq was an exception, during their time many Saiyad Sufis and other Saiyads were sentenced to death. Muhammad bin Tughlaq, whose original name was Jauna, after whom Jaunpur was named, had appointed so-called lower caste Hindus and Muslims to the administration on the basis of their merit.

In the changing situation and scenario, after the arrival of the British, the Ashraaf Muslims played the game of two-nation theory, the Khilafat movement, and even the partition of the country just to maintain their power and dominancy.

Throughout this period, the indigenous Pasmanda Muslims were kept in the illusion of religion and religious unity by the Ashraaf class. However, the first Pasmanda movement under the leadership of Asim Bihari strongly opposed Muslim communalism, casteism and the two-nation theory and continued to oppose the partition of India till the last. The remaining Ashraafs in post-partition India maintained their power and dominancy through the Congress’ policy of Muslim appeasement and organizations such as the Muslim Personal Law Board.

If we look at the number of Muslim representatives of the Lok Sabha members so far, it is found that Ashraafs have received more than double the share of their number, while pasmanda is equal  to almost ‘nil’ in proportion to their population. The situation is more or less the same in assemblies of states, Municipalities, and Panchayats. Like the legislature, the representation of the Pasmandas in the judiciary, bureaucracy, and the institutions running in the name of minorities and Muslims are minimal as per their population. It should be noted that the population of indigenous Pasmanda is 90 percent of the total Muslim population.

Here one thing is also very strange that even in the institutions run by Muslims themselves who claimed to be the representative body of whole Muslims like the Muslim Personal Law Board, Jamat-e-Islami, Jamiatul Ulema, Milli Council, Majlis-e-Mashwarat, Waqf Board, important madrasas, Imarat-e-Sharia, etc, the situation is no different, here too only people from a few special Ashraaf families are seen. And perhaps this has been a big reason why various Pasmanda movements fighting for social justice in Muslim society have been more vocal about representation in these institutions.

It is clear from the above description that Ashraaf has been protecting his own interest only by showing the mass of Indic Pasmanda Muslims in the name of Muslim and minority politics of religious identity.

Various Pasmanda organizations active across the country have openly opposed it, considering the untouchability, caste feeling of upper-lower, and casteism prevalent in Muslim society as evil and considering it as an obstacle in nation building.

There is an urgent need for the people of the ruling and the opposition parties, intellectuals, social workers, and media persons to think and understand that the Muslim society is also divided into different strata like caste and class and this distinction is deeply ingrained in them even more than the Hindu society.