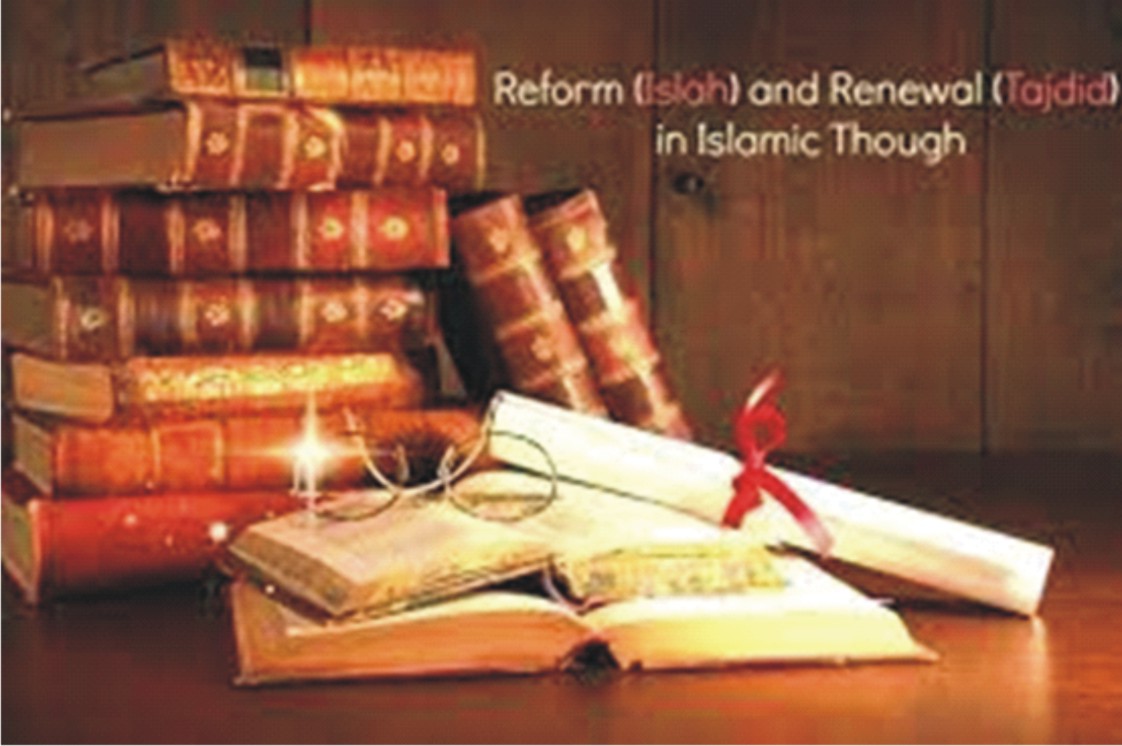 Islam Needs Renewal and not Change

In recent years, clichéd calls for reform of Islam have intensified. “We need a Muslim reformation.” “Islam needs reformation from within.” Such headlines keep flashing in the media. Yet if Muslims are true to themselves and their scriptures, Islam doesn’t need a reformation. Still, Muslims need to reform their minds. Their interpretations of Islam, which are not the same as that of others who have imported many alien ideas and denuded the message of this priest, have distorted the original teachings and resulted in the decline and, some may even say, the possible eclipse of the golden age of Islam.

The vision of some reformers asks Muslims to abandon fourteen hundred years of accepted dogma in favour of a radical and demanding new methodology that would set them free from the burdens of traditional jurisprudence. An enormous industry of reform-minded interpreters has arisen to explain, contextualize, downplay, or simply ignore them, often quoting the well-known verse that says there is “no compulsion in religion.”

We cannot judge the era of the founding of Islam by the values of our own time. Indeed, what we understand as the emancipation of women was never really considered essential by any of the great monotheistic religions. Islam highlighted and showed the world the remarkable potential of women and the rights they deserve as equal partners to men.

Unlike Christianity, Islam was concerned with politics and governance from the start. The Muslim rule that developed in the lifetime of the Prophet required attention to principles of community life, justice, administration, relations with non-Muslims, defense, and foreign policy. A vision of what constitutes good governance, law, and a just society were among the principal new ideas. The Prophet came not to protect the status quo but to reform and change. Women, for instance, were given legal status (where they had none before) and concrete legal protection within society.

If Prophet Muhammad’s life was revolutionary, its aftermath has seen a monological recital of Hadiths and inflexible analyses of Qur’anic verses, where historical context is taken up or ignored to suit the interpreter. Memories of early Islam have hardened into dogma, and many scholars have taken the Hadiths as tablets of stone.

Islam received the unique stamp of Prophet Mohammed’s success. Unlike earlier prophets, Prophet Muhammad lived for some years as the head of a state of his own creation and to which he gave laws. He shaped laws pertaining to marriage, inheritance, divorce, and similar matters, aiming to reform generally recognized customs. He restricted the number of wives a man might have to four and imposed an almost impossible fulfillment of a condition for them to maintain equality. Women had no inheritance rights; the new code granted them the right to half of the men’s share. Slavery was then widespread; Islam outlawed it except for captives taken in war, and for these, it introduced reforms and ways of regaining freedom. Wine drinking was gradually controlled, and usury was forbidden. The caste system, which was still in vogue, was abolished, as was the cruel practice of burying unwanted female babies alive.

The first learned jurists in the period after the spread of Islam followed his lead, emphasizing the spirit rather than the letter of the law. But centuries witnessed a legalistic hardening of the arteries —an unquestioning acceptance of authority became the rule, and customs and conventions were frozen to the point where little social change or progress was possible.

We need to understand every religion from its primary scriptures and not secondary sources, which are unfortunately prone to so many interpretations that may be erroneous or deceptive and usually represent a particular school of thought. The only lasting solution will be to liberate society from manmade religion and return to the pristine message of the scriptures. These scriptures had a simple, straightforward, and plain-speaking message for all humanity, which got distorted by the modern tools of so-called intellectual sophistry and sterile polemics. We need to sanitize our bodies, environment, minds, and intellect.

The great modern reformist thinker Fazlur Rahman firmly believed that one of the primary purposes of the Qurʿān was to create a society based on justice. He saw the Prophet Muḥammad as a social reformist who sought to empower the poor, the weak, and the vulnerable. He viewed the Qurʿān as a source from which ethical principles could be derived rather than a book of laws.

He played the role of father, husband, chief, warrior, friend, and Prophet. His respect for learning, tolerance of others, generosity of spirit, concern for the weak, gentle righteousness, and desire for a better, cleaner world would constitute the main elements of the Muslim ideal. For Muslims, the life of the Prophet is the triumph of hope over despair and light over darkness. For instance, Rahman argues that the practice of family law in Islamic history had not accorded females the equal rights to which they appear to be entitled based on the Prophet’s example and teachings of the Qurʿān.

Fazlur Rahman’s goal was to reassess the Islamic intellectual tradition and provide a way forward for Muslims. In his view, a re-examination of Islamic methodology in the light of the Qur’an itself was a pre-requisite for any reform in Islamic thought.

At the same time, there needs to be abundant caution. Reform is an unruly horse that can go berserk unless it is adequately saddled. In several societies, the hardliners have served as vigilantes and sentinels of their faith. Their resistance has helped in winnowing the weaker strands in formulating new trajectories of thought and discourse. The bigoted and intolerant forces can acquire aggressive postures to suit their distorted understanding and ideological positions. Akbar is considered a great liberal king. However, we must not forget that he made extraordinary efforts to subvert Islam by attempting to reinvent the faith.

Hardliners have their unique place in all discourses, and their presence helps in reining unchecked and anarchic impulses. No matter who you are, how experienced you are, and how knowledgeable you think you are, always delay judgment. Give others the privilege to explain themselves. What you see may not be the reality. Never conclude for others. We should never focus only on the surface and judge others without fully understanding their perspective. This requires an enormous amount of tolerance.

Islam is at crossroads today, and Muslims are poised at a critical juncture in their history. The stagnation in Islamic thought is patent in the couplets of Muhammad Iqbal:

You are one people; you share in common your weal and woe.

You have one faith, one creed and to one Prophet Allegiance owe.

You have one sacred Ka’aba, one God, and one holy book, the Qur’an.

Was it so difficult to unite in one community every single Mussalman?