What the Media is not Telling Us about AIMPLB’s Stand

The fact that the Board has accepted the principles laid down in the Shamim Ara ruling, is the most positive aspect of the affidavit, and this should be hailed. 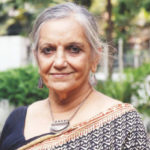 The All India Muslim Personal Law Board (AIMPLB) has given to the Supreme Court its opinion on triple talaq and polygamy. As expected, media reports have reacted to the absurd and indefensible statements made by the Board, but the positive aspects in the affidavit seem to have gotten buried beneath the flurry.
The affidavit starts on a positive note by stating that the Supreme Court in the 2002 Shamim Ara ruling has already dealt with the issue of instant, arbitrary triple talaq, and has laid down the test of “reasonable cause” and “prior reconciliation”, and goes even further to state that the principle laid down in the Shamim Ara ruling is the law of the land and a binding precedent.
Even while stating that the Shamim Ara ruling does not accurately reflect the Shariah law, the affidavit accepts the judgment by stating that the Board does not wish to reopen the discussion on it in these proceedings, but ends with a rider that it reserves its right to “interpret” the Shamim Ara ruling in future. This appears to be a feeble objection to the historic ruling, especially since the board accepts that the proper course open to Shayara Bano “ petitioner in the current case “ was to challenge the arbitrary triple talaq and claim her rights in a local court by invoking the 2002 ruling.

The Shamim Ara Ruling
Fourteen years have gone by since the ruling, and the volume of case law accumulated through the decisions of various high courts which have relied on the Shamim Ara ruling makes it difficult for the Board to feign ignorance about it as the principle of stare decisis will apply when the Board wakes up to challenging this ruling.
What does this imply for Muslim women who are sent such arbitrary talaqnamas by post? While trial courts have been relying on this ruling when Muslim women approach them to claim their rights, the community has been hesitant to challenge the fatwas that triple talaq are valid, discouraging women from approaching the courts. The Board’s affidavit, in paragraph six, sends out a clear signal that a Muslim woman has every right to challenge the triple talaq sent to her by her husband relying upon the Shamim Ara ruling.
The fact that the Board has accepted the principles laid down in the Shamim Ara ruling is the most positive aspect of the affidavit, and this should be hailed. After pleading that Shayara Bano had the right to challenge the triple talaq in a local court in a duly affirmed affidavit by a person no less than its secretary, it will be difficult for the Board to retract from this position in future. Now Muslim women can defend their rights against instant talaq pronounced on them, as the Board has given its approval.
The second positive aspect is the acceptance that a Muslim woman who has been subjected to domestic violence has the right to claim relief under the Protection of Women from Domestic Violence Act (PWDVA), 2005. This helps break yet another prevailing myth that Muslim women are not entitled to relief under PWDVA. There is a clear direction to Muslim women who are victims of domestic violence to claim relief under the progressive statute, which helps women claim maintenance, protection, injunction, residence, compensation and child custody through summary proceedings in a magistrate’s court.
Further, remedies under this Act can be claimed not only during the marriage but at any time thereafter. The Board does not seem to restrain Muslim women from claiming relief under this statute even after their marriage has been dissolved. Acknowledging the rights of Muslim women for remedies under this civil statute is suffice to clear any misconception which the media may harbour.

Ending Violent Marriage
The third positive point: In the event that Shayara Bano wished to end her violent marriage by accepting the talaqnama sent by her husband, she has the option of exercising her rights under the Muslim Women (Protection of Rights upon Divorce) Act, 1986. The agency of the Muslim woman and her multiple choices under various legal provisions, which are seldom highlighted, are captured in a nutshell.
The affidavit chides Shayara Bano for rushing to the Supreme Court by way of a PIL without first benefiting from the remedies available to her against her husband in a local court. In fact, it is on these grounds that the affidavit claims that the PIL should be dismissed ad-limine (at the initial stage).
The affidavit further states that these alternate remedies are more apt as the appropriate judicial authorities can give effective and adequate remedy. These statements help to clear the misconception that a divorced Muslim woman has no rights under the existing laws.
The affidavit further states that provisions of maintenance after divorce have been codified in the Muslim Women (Protection of Rights on Divorce) Act, 1986, and the constitutional validity of this Act was upheld in the Danial Latifi ruling of 2001.

Misconception Surrounding Important Rights
The Board was a party to these proceedings and had opposed the wider interpretation provided by the Supreme Court. But today it seems to accept this judgment and urges Muslim women to reap its benefits.
Unfortunately, due to the negative projection of these important milestones, Muslim women were not able to sufficiently reap the benefits of these rulings. The affidavit seems to clear the misconception surrounding these important rights.
It would have been better for the Board to confine itself to these legal positions rather than contradict what is stated in the opening paragraphs, by invoking obscurantist authorities to uphold arbitrary, instant triple talaq. Unfortunately, by making sensational and outlandish comments about the necessity of validating this practice, the Board has played into the hands of Hindu communal elements, especially before the UP elections, and provided fodder to mount its vitriolic campaign against the Muslim community.
After affirming that the principle laid down in the Shamim Ara ruling is the law of the land and is binding, these contradictory and atrocious comments were totally unwarranted.
Since the main objective of the media is to secure the rights of Muslim women, it would do well to publicise the fact that the Board has encouraged Muslim women to safeguard their rights by using the existing laws available to them.
(The writer is a women’s rights lawyer)
(Source: asianage.com)