Islamic Voice 0 December, 2017 12:00 am
In Hate Crime Fight, a Voice Still Feeble
Lost and Found – Falling and Rising in Love
The 2018 Nobel Peace Prize – Spotlighting an Epidemic of Sexual Violence

I think that it is crucial for Muslim women to start studying Islam for themselves, for, undoubtedly, they can better understand the Islamic notion of gender justice than many men. 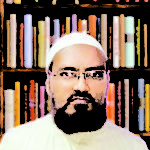 In recent years, scores of books, mainly in English, have been published on what is termed by its proponents as ‘Islamic Feminism’. I would be the last to deny the reality that vast numbers of Muslim women continue to be denied their rights, and I readily admit to the fact that patriarchy, which I deem as un-Islamic, is deeply entrenched in most Muslim societies. Yet, as a Muslim, and as someone who is concerned about Muslim women’s access to justice, I have serious reservations about some basic aspects of the ‘Islamic feminism’ project.
Based on my limited reading on the subject of ‘Islamic Feminism’, I think that many”though I cannot say all”advocates of this project have no independent world-view of their own, and that they simply follow the dominant Western feminist discourse, which they seek to propagate in an ‘Islamic’ guise. They appear to want Muslim women to go the way of Western women, and, for this, seek to interpret Islam in a particular way to promote this agenda. The Western feminist model, rather than Islam per se, is their criterion to decide what is ‘just’ and ‘proper’. This is the model that they want Muslim women to emulate, seeing, as the dominant West does, Muslim women as ‘backward’ and, consequently, as in desperate need of ‘liberation’.

Unwarranted Restrictions
At the same time, I would also stress that Muslim scholars, including the male ulema, must recognize the reality of deep-rooted gender biases in Muslim societies. We have to accept that Muslims have handicapped half our population”Muslim women”by all sorts of unwarranted restrictions. We have to admit the urgent need to allow and enable Muslim women to develop their suppressed potentials. The solution to this must be evolved from within the broad paradigm provided by the Quran and authentic Hadith, rather than on the basis of Feminism, even in a so-called ‘Islamic’ guise. In a sense, several issues that ‘Islamic Feminists’, particularly those who are heavily funded by Western organizations, take up are geared, intentionally or otherwise, to set Muslim women and men against each other. So, for instance, you have huge funds being poured in for such purposes as setting up women’s mosques or enormous Western media hype about a woman Imam leading a mixed congregation. Personally, I am against such sensationalism, but I also recognize that it is our own weakness that has caused or led some Muslim women to take to this path. If Muslim women had been allowed by Muslim men their Islamic right to worship in mosques, there would have been no grounds for such unnecessary controversies. In this regard, I think a major share of the blame lies on the shoulders of the traditionalist ulema. They will not utter a word about women roaming in markets and shopping malls but, at the same time, will readily claim that if women were allowed to pray in mosques, which they did at the time of the Prophet, society would be corrupted! This unfortunate attitude of theirs has definitely led to considerable alienation among many Muslim women from the ulema, because they regard these ulema as complicit in their marginalization.

Spatio-Temporal Contexts
In this regard, the traditionalist Hanafi ulema argue that although at the time of the Prophet (pbuh) women did pray in mosques, this practice was later abrogated by the Caliph Umar. Hence, they argue, we must stick to the Caliph’s decision. It is strange that even as they cite this as an argument to justify banning women from praying in mosques, they do not advocate that thieves’ hands should not be cut off, which is what the Caliph Umar once ordered, against the Quranic commandment to the contrary, during a severe drought. The point, then, is that several prescriptions of Islamic jurisprudence, including some dealing with women, are related to their spatio-temporal contexts, and that, as the contexts change, these rules must, too. In other words, in seeking to apply the rules of the Shariah, one also has to take into account what the demands of the situation or context are. This applies to women’s issues as much as to other such matters. Unfortunately, our traditionalist ulema, who continue to rigidly adhere to medieval fiqh formulations, do not generally see things in this way. They do not appreciate the inherent flexibility provided by the principles of Islamic jurisprudence to generate contextually relevant responses to new issues.

Blindly Imitating the West
Today, we are faced with a situation where we are confronted with two extremes. On the one hand is the dominant Western culture that has commodified women and that seeks to destroy all differences between men and women on the specious grounds that difference automatically means inequality. It insists that just because a man does something or behaves in a certain way, a woman must do so, too. In other words, despite its protestations of radical equality between the sexes, this approach is based on the notion of the male as the criterion for deciding what is good for women and what is not. Lamentably, in India, too, we are fast falling prey to this mentality, blindly imitating the West. On the other hand, are our traditionalist ulema, whose very conservative, even reactionary positions on women are a response to what they see as the potent challenge of dominant Western views about women. They want to keep Muslim women locked up in their homes and fully veiled, quite in contrast, I must add, to the position that they enjoyed at the time of the Prophet. Some of them even go so far as to insist that a woman’s very voice is awrah or that it should be ‘veiled’, or, in other words, that even her voice must not be heard by any ‘strange’ male.
I think that it is crucial for Muslim women to start studying Islam for themselves, for, undoubtedly, they can better understand the Islamic notion of gender justice than many men. It was essentially due to Muslim women’s educational backwardness, particularly in the realm of religious scholarship, that it became easy for them to be exploited by Muslim men, including the religious class, the reason being that if you do not know your rights, others will naturally exploit you. By becoming Islamic scholars in their own right, Muslim women will be able to challenge the deeply-rooted notion that a husband is his wife’s lord and he can treat his wife the way he wants, that a wife must be forever subservient to her husband, regard him as her lord or hakim, consider her the dust of her husband’s feet as the path to heaven for her and even treat him almost like a demi-god, or majazi Khuda as it is said in Urdu”these being widely-held conceptions in Muslim society which, however, have no Islamic basis at all. Obviously, if Muslim women were themselves to study Islam and contemporary social demands and challenges, it would be much more difficult for men to exploit them in the name of Islam.

Agenda of ‘Islamic Feminists’
In this way, it is likely that the Quranic mandate of gender justice would be more prominently highlighted, just as in the early Muslim period, when numerous Muslim women excelled in the field of Islamic scholarship, some even challenging well-known male scholars and exemplifying, through their own lives, the rights of women in Islam. In other words, while I do not agree with many basic aspects of the approach, methodology and agenda of ‘Islamic Feminists’, I readily admit that one basic demand and concern of theirs”gender justice”can no longer be ignored by the ulema and Muslim males. In my humble opinion, gender justice is something that is intrinsic to Islam itself. Denying it obviously leads to a denial of a basic Islamic mandate. n
(The writer, a graduate of the Dar ul-Uloom Deoband, presently works with the Dept. of Islamic Studies, Jamia Millia Islamia, New Delhi. He can be contacted on [email protected])