Islamic Voice 0 October, 2015 12:00 am
The 2018 Nobel Peace Prize – Spotlighting an Epidemic of Sexual Violence
Aligarh Muslim University: Getting Ready for Third Wave of COVID-19
Why Character Education should get Top Priority!

In Houston, the Gulen Movement is one of two or three active players in bringing people together from different faith traditions and providing opportunities for dialogue and interaction. 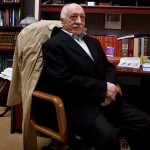 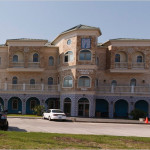 On 9/11, I dismissed my usual 8:30 a.m. Sociology of World Religions class to accompany the students to the student center to watch the historic events on CNN. But before we left, I told them that it may well be a Muslim terrorist group that was responsible, but I reminded them that, even if it turned out to be true, to remember that it did not mean all Muslims are terrorists. We had three veiled women among the 30 students in the class and I did not want them, as well as other peaceful Muslims, ostracized because of the evil acts of a few individuals who might call themselves Muslim. We saw the second plane hit the World Trade Center.
Unfortunately, this event introduced Islam to many Americans who knew very little about the religion before that fateful day and led to enormous Islamophobia in our country in the days and weeks following. By Thursday’s class, the three veiled women had visits from the FBI either in their immediate or extended families.

Prophet Muhammad condemns violence
I was puzzled by the fact that I was not hearing the voice of moderate Muslim scholars and public figures condemning the terrorist acts, in contrast to all the anti-Muslim sentiments that were voiced on television and in the news media. Where were the so-called moderate voices of Muslims who supposedly represented the bulk of Muslims in our country and around the world? Then on Sept. 21, I opened The Wall Street Journal and saw an editorial strongly condemning the attacks and arguing that the terrorists could not be true Muslims because Prophet Muhammad condemns violence and promotes peaceful coexistence among all peoples. It was signed, “M. Fethullah Gulen, scholar and imam.” His name stuck in my mind as one of the few moderate Muslim voices in the media.

The Gulen Movement
Within a few years, we admitted several graduate students into our sociology department at the University of Houston who identified with the Gulen Movement. Advising them on papers and eventually master’s theses that analyzed the movement from a sociological perspective, I came to know more about the movement and the people in it and to learn that it represents a strong contrast to the Muslim terrorist groups. It is a moderate Islamic movement dedicated to peaceful coexistence, dialogue, education and providing social services to the needy.
The movement started in Turkey in the 1970s when a preacher, Fetullah Gulen, began preaching from street corners, mosques, coffee shops and anywhere people would listen the importance of tolerance, respect, interfaith dialogue and creating bridges between peoples of the world. He insisted on the necessity of creating scientific and technological advances in the Muslim world, achieved by means of education. He preached that education was essential to bringing Turkey into the modern world and that Turkey needed not more mosques, but quality schools that would focus on science, math, human values and technological innovation for its youth. Groups of wealthy businessmen became interested in his ideas and eventually provided the funds to begin tutoring centers, summer camps and finally private schools throughout Turkey. These schools have multiplied and are regarded among the best schools not only in Turkey, but throughout the world as they have spread from Turkey to about 180 countries across the world, on every continent. There are 43 of these Gulen-inspired schools within Texas with about 28,000 students and a waiting list of over 30,000. They are known for their emphasis upon science and math and have state-of-the-art technology as well as dedicated teachers who often work overtime and spend time visiting the students’ homes and working with parents on their children’s education.
Interfaith dialogue is another hallmark of the movement. In Houston, the Gulen Movement is one of two or three active players in bringing people together from different faith traditions and providing opportunities for dialogue and interaction. In addition, the group is dedicated to social outreach to those in need.
(Helen Rose Ebaugh is a Professor Emeritus for the University of Houston’s department of sociology. She is an author and lecturer on world religions and the moderate voice of Muslims. For the past 20 years, she has been involved in interfaith work in Houston and internationally).
[Extracted from: gosanangelo.com/lifestyle/faith-and-values/moderate-islam-has-a-voice_54048211]