Muslim Women’s Rights in the Light of Maqasid al-Shariah

Islamic Voice 0 January, 2018 12:00 am
The Cause Muslim weightlessness in the world today
The Misplaced Sharia law by the Taliban
New Age Media Outlets Have Given Individual Women Their Voices Back

Some Muslim scholars, based in certain Arab countries and in the West, are developing a contextually-relevant fiqh for women, or what is called fiqh al-nisa. 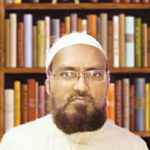 Prejudices against women are a universal phenomenon, found in almost every human society. When such prejudices are sought to be given religious sanction, it becomes much more difficult to do away with them. Lamentably, certain views and prescriptions contained in the corpus of traditional Muslim jurisprudence or fiqh do indeed militate against women, and even go against the spirit and teachings of Islam, a religion that stresses women’s rights and equal status.

Very Traditionalist-Minded
Things, however, are beginning to change today. Some Muslim scholars, based in certain Arab countries and in the West, are developing a contextually-relevant fiqh for women, or what is called fiqh al-nisa. Sadly, we have few ulema in South Asia who are seeking to evolve contextually-relevant understandings of women with regard to fiqh-related issues. Take, for instance, the All-India Muslim Personal Law Board. The vast majority of the members of the Board are very traditionalist-minded. I personally feel that the Board must include more ulema, as well as Muslim social activists, who are better aware of the contemporary social context and demands, including the many problems faced by Muslim women, and who are able to engage in ijtihad or creative interpretation with regard to a number of problematic issues. Sadly, there are very few such ulema in the Board, and their views are silenced by the conservatives, who are averse to ijtihad and insist on taqid or blindly following the prescriptions of the medieval ulema of the different maslaks or schools of Muslim jurisprudence.

Establishing Justice
Take the case, for instance, the issue of three talaqs in one sitting, which the Board has yet to resolve. This practice has led to literally thousands of Muslim women being arbitrarily divorced by their husbands. Most traditional jurists are of the view that three talaqs in one sitting constitute an irrevocable and final divorce. But, there are others today, as well as in the past, who take this as one, revocable talaq. There are also statements of the Prophet to back their argument. The traditionalists refuse to listen to their claims, however, because they are wedded to the doctrine of taqlid. I think that one way to win them over is to consider the issue in the backdrop of the spirit or aims of the Shariah, whose basic thrust is establishing justice. When the matter is understood in this way, and if the ulema can be convinced that the practice of triple talaq in one sitting is resulting in a gross violation of justice, the fundamental principle of the Shariah, by causing such great suffering to divorced women and their children, it might make them change their views or cause them to allow for talfiq, or resorting to the opinions of other schools of Muslim jurisprudence, in such matters. I think there is a desperate need for the Indian ulema, including those associated with the Board, to expand their thinking about these issues, and to give particular attention to social realities, needs and problems, rather than advocating rigid taqlid.
In such matters, taqlid can amount to ignoring the aims of the Shariah (maqasid al-shariah). Sadly, the issue of maqasid al-shariah is not given much attention to in the madrasas where the ulema are trained. Today, however, some Muslim scholars, in many Muslim-majority and other countries, are trying to revive the tradition of articulating fiqh prescriptions in the light of maqasid al-shariah, and this is also reflected in some of their fatwas on women-related issues. Some of them resort to, and freely take from, other schools of Muslim jurisprudence, not being bound by the opinions of just one school that they might find too strict or inappropriate as regards issues related to women, for instance. Others advocate what is called fiqh us-sunnah, that is, deriving law directly from the authentic traditions or guidance of the Prophet, instead of being bound by the prescriptions of the established schools of fiqh. This is an approach I personally agree with, they take what they find useful in the established fiqh, but abandon what they might feel is against the Quran and Prophetic Sunnah.
In this way, they have been able to open up new spaces and opportunities for Muslim women and to uphold their rights, as given in the Quran, which may have been overshadowed, neglected or suppressed in the traditional corpus of fiqh.

Tradition of Shah Waliullah
This approach is in accord with the established principle in usul al-fiqh, the principles of Muslim jurisprudence, that changing conditions and times might necessitate changes in some ahkamat or juridical rules. This principle validates new solutions to new social contexts and social problems, and is related to the wider issue of ijtihad. The noted 18th century South Asian Muslim scholar, Shah Waliullah Dehlawi, advocated the same sort of approach. He critiqued taqlid and argued that only those prescriptions of the corpus of medieval fiqh should be accepted that were in accordance with the Quran and the genuine Hadith.
Ironically, although all the major Sunni traditions in South Asia claim to follow in the tradition of Shah Waliullah, they have not shown the same broadmindedness as he in the matter of ijtihad and fiqh.
In this context, I would appeal to the ulema to learn from the example of Shah Waliullah, and to adopt a less rigid and more expansive approach to the question of taqlid versus ijtihad, including on some very problematic issues concerning women.
(Waris Mazhari teaches at the Department of Islamic Studies, JamiaMilliaIslamia, New Delhi. He can be reached at [email protected])