Having risen from humble origin in Bellary, Dr. Ibrahim enrolled himself into the lives of scores of others, having transformed their fortunes for the better. 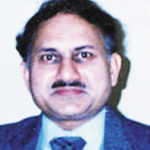 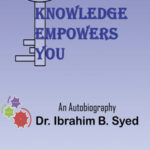 Knowledge Empowers You is the autobiography of Dr. Ibrahim Bijli Syed, a nuclear physicist settled in Louisville, Kentucky in the United States. Dr. Ibrahim hails from Bellary (now Ballari) in Karnataka and rose from every humble origin. His father and grandfather served in the police force of the then Madras Presidency. Mother Mumtaz Begum was unlettered but knew the power of literacy, education and enlightenment and would urge him to set the aspiration bar higher and higher in life. But a large family (six sisters and two brothers besides himself) and scanty resources however stood between him and his dreams, some of which were inspired by Hollywood movies he stealthily watched. Gap of a year while pursuing academics provided him ample opportunity to gain insight into the world of Natural Science while browsing the 30-volumeEncyclopedia of Science in the Government Library in Bellary. There was no stopping him since then. Next few years saw him acquiring a Bachelor’s degree in Science from Veerasaiva College in Bellary and M.Sc from Central College in Bangalore. A diploma in Nuclear Physics from Bhabha Atomic Research Centre (BARC) set him on the course he followed till the pinnacle of success was achieved.
Life was tough for young Ibrahim (as it was for everyone else) who had married Sajida Begum of Tumkur soon after his M.Sc. Even a job as a nuclear radiologist at the Victoria Hospital in Bangalore was not fetching him enough to support his family. The Health Minister would care a damn for his pleas for a raise in salary, although talents like him were hard to find and recruit for a Government Hospital. Nehruvian Socialist economy was moving at a snail’s pace. The crucial moment that compelled him to decide saying a goodbye to his motherland came when he found it tough to get milk for his infant son Mobin Syed. Offer of a job in Halifax Infirmary saw him leaving for Canada. Two years later he was enrolled for a Ph.D. at the Johns Hopkins University in Baltimore in Maryland (USA).
But that is, of course, an achievement in personal life. Dr. Syed was not the one to live life alone. Come 1990s, he had all that he had aspired for in his life. He was Professor of Nuclear Medicine at the University of Louisville School of Medicine. His altruist nature was urging him to lift the members of fast expanding families of his siblings in Bellary from poverty. The process of sponsorship and migration that began in 1990 continued up to 2006 when the tailender of the 45-member strong family landed in the United States. Some of the members by then had grandchildren. Accommodating them suitably, guiding the education of the younger ones and settling the elders in jobs were no mean feat. Marriages and births have taken their numbers beyond a hundred now. Retired, the grand patriarch in Dr. Ibrahim is a satisfied soul today.
Ibrahim has engaged himself in writing and delivering Fridaysermons at the Islamic Center Mosque in Louisville. He is a strong advocate of rationalism and feels no qualms in questioning the prevailing wisdom. He continues to inspire young minds through his speeches and writings. Some of the ethical dilemmas that Muslims face do figure in the books authored by him. Larger debates have found elaboration in his book titled Quranic Inspirations.
Some of the well-settled members of his family have penned their reminiscences. Rich tributes have been paid by those who have known him from close quarters. Sepia-toned photographs of yesteryears from the family album enhance the value of the book. The accounts are racy and sustain the interest of the reader. Foreword has been written by Bangalore based journalist Maqbool Ahmed Siraj who has known Dr. Ibrahim Syed for over a quarter of a century.
The book can be had from the author who can be reached at [email protected]
Knowledge Empowers You An Autobiography, By Dr. Ibrhaim B. Syed, 44, II Main, Ist Cross, Cambridge Layout, Bengaluru, 267 pages, Price Rs. 500.