Islamic Voice 0 November, 2015 12:00 am
For Shakila Bano, Education is a Must for Girls
US: 26 Muslims Elected
Poverty-stricken karate player Ayesha Noor gets International Recognition 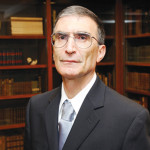 Aziz Sancar worked on how cell repair damaged DNA
Aziz Sancar (pronounced Aziz Sanjar) is only the third Muslim to win a Nobel Prize in vital areas such as Physics, Chemistry and Medicine. There have been several who have been awarded Nobel Peace Prize, about which it is said political considerations override other requirements.
Aziz Sancar is one among the three joint winners for Chemistry this year, the other two being Tomas Lindahl and Paul Modrich. The trio was awarded the Nobel “for having mapped, at a molecular level, how cells repair damaged DNA and safeguard the genetic information”. Mr Sancar is the first native of Turkey to win a Nobel Prize in science, and the 7th fellow of The World Academy of Sciences for the advancement of science in developing countries (TWAS) to win the Nobel Prize in Chemistry. The question of how DNA repairs itself is central to the understanding of cancer and other human disease.
“I am of course honoured to get this recognition for all the work I’ve done over the years,” said Sancar on October 7 in an interview with the Nobel foundation. “But I’m also proud for my family and for my native country and my adopted country, and especially for Turkey it’s quite important.”
Sancar, 69, was born in Savur, a small town in Mardin Province, which borders Syria in southeastern Turkey. He was the seventh of eight children. “My parents were both illiterate,” he said in a 2005 profile published in the Proceedings of the National Academy of Sciences (USA), “but they valued the importance of education and did their best to ensure that all of their children would receive some education.” He received his M.D. in 1969 from the Istanbul Medical School in Turkey. At the University of Texas at Dallas, he studied molecular biology, receiving a Master’s degree in 1975 and a PhD in 1977.
He was elected to TWAS, the world’s pre-eminent academy of sciences dedicated to the promotion of science in the South, in 1994. TWAS manages the world’s largest South-South PhD and post-doctoral research fellowship programme and now counts 16 Nobel laureates among its 1,134 members. It is now a programme unit within UNESCO, and was founded on the belief that developing nations, by building strength in science and engineering, could build the knowledge and skill to address such challenges as hunger, disease and poverty.
Sancar’s research has focused on how DNA can repair itself. He discovered enzymes which can recognize mutations caused by ultraviolet radiation and then cut the DNA to remove the damaged genetic code. His initial discoveries at Yale University focused on e. coli bacteria; more recently, at the University of North Carolina, he detailed the workings of this DNA repair in humans.
Sharing the prize with Sancar are two chemists who have made pioneering discoveries in gene repair: Swedish native Tomas Lindahl of the Francis Crick Institute and Clare Hall Laboratory in Hertfordshire, UK, and American Paul Modrich of the Howard Hughes Medical Institute and Duke University School of Medicine, also in North Carolina.
DNA is inherently unstable. Millions of times every day, cells reproduce; DNA is copied and shared with each new cell. But errors can occur in this process, or damage can occur from external sources such as UV radiation or carcinogenic substances.
(Source: Edward W. Lempinen, TWAS, with contribution from Gisela Isten and Sean Treacy)