36 year-old British actor Riz Ahmed has called on Hollywood leaders to act on reducing Islamophobic sentiment in the media by presenting more Muslims and change their imagery in their movies, Chicago Tribune reported.
Ahmed is the first Muslim actor to win an Emmy award. Though his face is popping up everywhere, Ahmed revealed that he continues to be stopped, searched, and interviewed at airports because of his race. “We need your help. I’m basically here to ask for your help. Because it’s really scary to be a Muslim right now. Super scary.
“With all my privilege and profile, I often wonder if this is going to be the year they round us up, if this is the year they’re going to put Trump’s Muslim registry into action, if this is going to be the year they ship us all off,” he continued, citing international incidences of Islamophobia, including Brexit-based nationalism in the UK and Uighur Muslims being held in detention camps in China.
Riz Ahmed became the first Muslim actor, as well as the first South-Asian actor, to win an Emmy award for Outstanding Lead Actor in a Limited Series in September 2017. The award was given for his role as Nasir Khan in “The Night Of.” 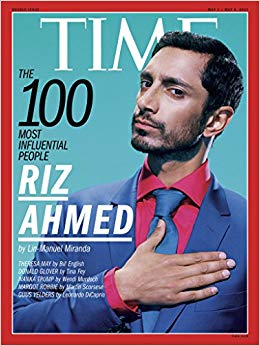