People have marvelled at the transformation of the self-effacing housewife into a leading human rights defender.

Angkhana Neelapaijit’s quest for justice started when her husband, a human rights lawyer and activist, disappeared 15 years ago. She went to the police, appealed for help from legislators, and took her case to the media, but to no avail. Her husband remains missing to this day. The Thai housewife never expected to be thrust into the limelight. She said her only priority in life was for her and her children to survive. For Angkhana, aged 63, it was her faith that helped her stand strong amidst the “ambiguity between life and death.” She said that in most instances, the biggest monsters are the insufferable thoughts of the possibilities of what could have happened to your missing loved one. What keeps her calm is her trust in God and her belief that her husband is in the hands of God. “I always tell my children that whatever happens, we trust God. If God will allow us to know [the whereabouts of her husband], he will tell us the truth,” she said. “But right now, God doesn’t allow us to know, so we have to be patient and continue to do good to others,” Angkhana says.
Born and raised in Bangkok, Angkhana has a “multi-cultural” background. She describes herself as “half Buddhist, half Muslim, with 14 years of Catholic education.” “I see that all religions teach people to be kind, and patient to others, to do good to your neighbors,” she says. She said her religion is “kindness,” and it’s the same kindness that turned her anger at the loss of her husband into sympathy and courage. “I think that this is the heart of all religions, that they share not only faith but also sympathy to other human beings,” she said. She served as a human rights commissioner in Thailand until recently.
For her “unwavering courage in seeking justice for her husband and many other victims of violence and conflict in southern Thailand,” Angkhana has been named one of this year’s recipients of the Ramon Magsaysay Award, known as “Asia’s Nobel Prize.” The award-giving body cited Angkhana’s “systematic, unflagging work to reform a flawed and unfair legal system” and described her as “shining proof that the humblest ordinary person can achieve a national impact in deterring human rights abuses.” Other awardees are Ko Swe Win from Myanmar, Ravish Kumar of India, Raymundo Pujante Cayabyab of the Philippines and Kim Jong-ki of South Korea.
Work for Human Rights
In 2009, with the help of non-government organizations and her own family, Angkhana founded the Justice for Peace Foundation, a network of human rights and peace advocates that documents the human rights situation in southern Thailand.
A predominantly Muslim region in a majority-Buddhist country, southern Thailand has struggled with religious and ethnic conflict since a separatist insurgency began taking hold in the region in 1948. Insurgency and militarization have exacted a heavy toll: it is reported that of the more than 6,000 people killed in the conflict since 2004, some 90 percent were civilians.
There have also been “enforced disappearances,” one of the most high profile of which was the 2004 disappearance of Angkhana’s husband, Somchai Neelapaijit, a Muslim lawyer and human rights activist. He was last seen in Bangkok’s Ramkhamhaeng area where eyewitnesses saw four men dragging him from his car. He has not been seen since. Somchai was abducted outside a Bangkok hotel the day after he publicly accused the military of torturing detainees in southern Thailand. After he vanished, Angkhana lobbied the government to act on human rights cases, provide legal assistance to victims, and trained women on human rights and the peace process.
In 2015, Angkhana was named a commissioner of Thailand’s National Human Rights Commission, the only member with grassroots human rights experience. People have marveled at the transformation of the self-effacing housewife into a leading human rights defender. 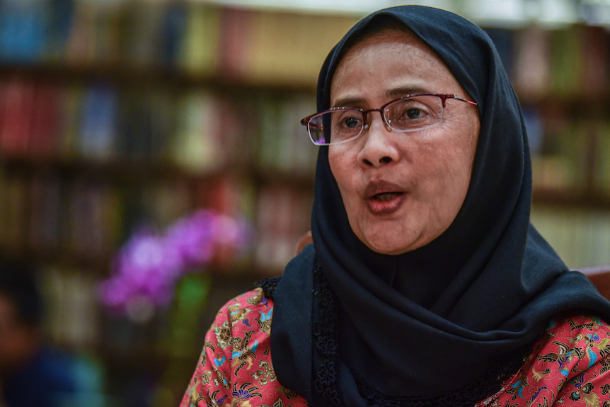