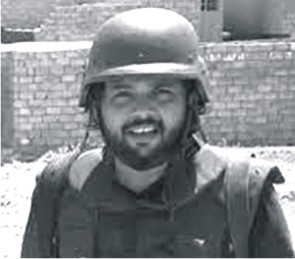 Reuters India chief the Pulitzer Prize-winning photo journalist Danish Siddiqui was killed on July 13, while reporting about clashes in Afghanistan’s Kandahar city, the news agency said. Siddiqui, 38, was killed while covering a clash between Afghan security forces and Taliban fighters near a border crossing with Pakistan. An Afghan forces commander said that they had been fighting to recapture the main market area of Spin Boldak district of Kandahar when Siddiqui and a senior military officer were killed in Taliban crossfire.
(Extracted from https://scroll.in/latest)