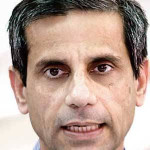 Mahmood Pracha, noted advocate and social activist has allegedly received murder threat from Rajasthan police officials for defending persons detained in terrorism related cases a week after he was elected the President of the South Asian Minority Lawyers Association (SAMLA) on June 3. Samla works for protection of the rights of minorities in the eight South Asia countries. It was set up in 2008. Pracha besides being a social activist, is a pioneering expert of Outerspace law. He has been member of the International Institute of Space Law and European Centre for space Law. He is also legal advisor to National Commission for Women.