When Sabana began her course and started to travel to Mangaluru, there was an air of disapproval against her going for a professional career like chartered accountancy. 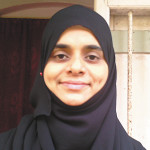 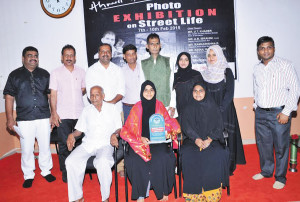 For the first time, a girl from the Beary community has passed the chartered accountancy examination. Sabana emerged successful in the results announced in January last. Possibly, She may be the only Muslim woman chartered accountant.
Daughter of Hussainabba, who works in a plywood factory in Baikampady area near Mangaluru, Sabana is one among four sisters and a brother who constitute the family of Hussainabba and Fathima who live in Karnad village about 30 kms north of Mangaluru.
Beary community is mainly concentrated in Dakshina Kannada and Udupi district of coastal Karnataka region. The community has a population of four to five lakh and till some years ago, this was considered an educationally backward community. Of late, there has been a stirring of awakenings and the community has come up in education and entrepreneurship. But most girls from the community would generally prefer degree courses in arts, commerce and science. It is the first time a girl who opted for chartered accountancy, has come out successful. It is useful to be reminded that chartered accountancy exam has just around 8% passes every year.
Sabana who did her articleship under chartered accountants, Gopalakrishna and still later Keshava N. Ballakuraya, (after the former’s death) is all praise for the two patrons who not only provided the necessary professional training, but also constantly prodded and boosted her morale.
Sabana comes from a lower middle class family. Her father belongs to the Beary family while mother comes from a Malayalam-speaking family. One of her elder sisters has done MA in English literature, while the younger one is working in a hospital after doing B.Com. Her brother is an MBA and works for Apple Computer company in Bengaluru. Sabana did her B.Com from Pompei College in Aikala in 2008. Following this she joined the chartered accountancy course.
Since the Beary community was just beginning to attain education, boys rather than girls were being preferred to be educated first. When Sabana began her course and started to travel to Mangaluru, there was an air of disapproval against her going for a professional career like chartered accountancy. But her parents had full faith in her. Her workday would begin at 6 am when she would take a bus to Mangaluru and would be back only around 9-30 pm.
She says her parents were the main driving force behind her. Given the family’s weak financial background, her mother’s brother Anwar helped her to complete the course and the training.
She has commenced her professional career as an associate chartered accountant under the chartered accountancy firm headed by Mr. Keshava N. Ballakuraya. Sabana wants to move to Bengaluru after 18 months of practice at her current firm. She says, “Bengaluru has several foreign firms and I aspire to have some of them as my clients”.
(Readers can send her greetings at: [email protected])