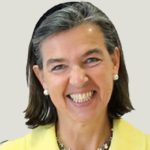 Belgium has become the first country to appoint a woman diplomat as its ambassador to Saudi Arabia. Dominique Minuer, a veteran diplomat currently serving as ambassador to the UAE, has been named by the Belgian Foreign Ministry as the next envoy to head its diplomatic mission in the Saudi capital. Belgium’s public broadcaster VRT said that the move is “an international first” which also responds well to a series of social and economic reform measures undertaken by the Kingdom recently.