A Muslim nano technologist has developed a new tool that can ‘listen to bacterial communication’ in a way that could help curb antibiotic resistance and accurately diagnose a group of diseases in a matter of seconds. “The new technology used within my test is able to pick up bacteria and make a diagnosis within 30 seconds. I hope it will allow doctors to prescribe specific drugs straight away, reducing the use of blanket treatments or guesswork,” explained Dr. Fatima Al-Zahraa Al-Atraktchi. The Muslim mother of two kids, born in Kuwait to Lebanese and Iraqi parents, earned her Ph.D. certificate in physics and nanotechnology at the Technical University of Denmark (DTU) in January 2018.Al-Atraktchi developed a sensor that can detect Pseudomonas aeruginosa, a problematic bacterial infection for people with compromised immune systems, faster than traditional methods. Thanks to her scientific breakthrough, Al-Atraktchi received in November 2017 one of the Lundbeck Foundation’s five research talent awards for scientists under 30 years old. Following this, she founded her own company ‘PreDiagnose’ to develop, expand, and commercialize her research. 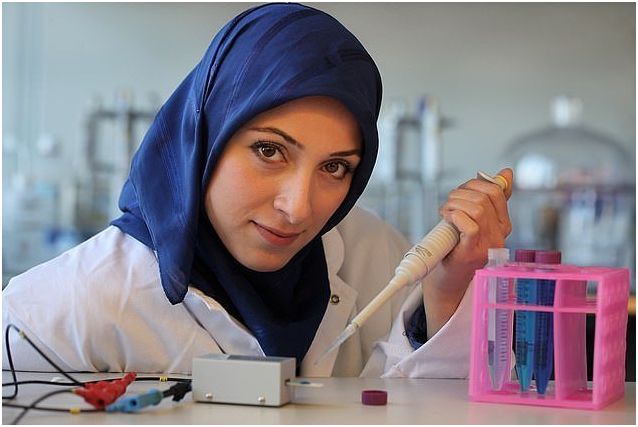