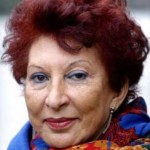 Rabat: One of Morocco’s most celebrated feminist writers and sociologists Fatima Mernissi passed away on November 30. She was 75.
Born in 1940, in Fez, Fatima Mernissi became known for her significant contributions in the literary field through which she focused on reconciling traditional Islam with progressive feminism.
The author of classics such as Beyond the Veil, The Veil and the Male Elite, Islam and Democracy and countless more publications, the campaigner for women’s rights gained international attention for her work on Islam and women.
She studied political science at Sorbonne University in Paris and earned her doctorate in sociology in 1974 at Brandeis University, Kentucky after which she returned to her native Morocco. At Rabat’s Mohammed V University, she taught methodology, family sociology and psycho-sociology at the FacultÃ© des Lettres (Faculty of Literature).
As an Islamic feminist and through her sociological work, she has traced attitudes in Morocco that have to do with women and work.
Often comparing Western and Eastern views on topics involving women, she was able to deconstruct the main issues in order to make them relevant in an Islamic context.
The aim? To facilitate free and open discussion about women and tradition to build a society that is more accepting of what is right rather than what is traditionally accepted.
In her best known book, Beyond the Veil: Male-Female Dynamics in Modern Muslim Society (1975) Mernissi critically explored religious-juristic texts, including the hadith, and reinterprets them from a feminist perspective. She cast doubts into the Muslim ideal of the “silent, passive, obedient woman” saying it has nothing to do with the authentic message of Islam.
Mernissi’s work examines the impact of Islamic sexual ideology “ the belief that a woman would ‘wreak havoc’ on male-dominated society if left uncontrolled “ on the construction of gender and the organization of domestic and political life in Muslim society today.
In 2013 Mernissi, was the only Moroccan woman featured in Arabian Business magazine’s 100 most powerful Arab Women ranking 15th.
She, also, undertook various roles including significant research for UNESCO, ILO, and the U.N. Population Fund as well as word for Moroccan authorities.
She was in love with writing often citing it as a tool to advance society.
She had published more than 15 books and continued to work and appear in public life until her death of natural causes. She was buried in the Sidi Messaoud cemetery in Rabat.