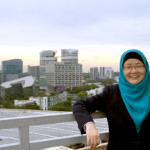 Iran has announced the recipients of the inaugural Mustafa Prize. In the field of Nano-biotechnology sciences, it is awarded to Jackie Yi-Ru Ying from Singapore and to Omar MwannesYaghi from Jordan for Nanoscience and Nanotechnology. The Mustafa Prize established by Iran is to recognize leading researchers and scientists of the Organization of Islamic Cooperation (OIC) member states, as well as Muslim researchers from around the world. Presented biennially by the Iranian government, the Mustafa Prize aims to encourage education and research by playing a pioneering role in developing regional relations between science and technology institutions working in the OIC member countries. The fields covered by the Prize are: (a) Life Science and Medical Sciences; (b) The Information and Communication Science and Technologies; (c) Nano Science and Nanotechnologies; and (d) Top Scientific Achievement in other fields. The laureates in each section will be awarded US$500,000 and will be adorned with a special medal and certificate. Jackie Yi-Ru Ying was born in Taipei in 1966. She first moved to Singapore with her family in 1973 and then to New York at the age of 15. She obtained her PhD in Chemical Engineering from the Princeton University in 1991. She served as a professor of Chemical Engineering at the Massachusetts Institute of Technology (MIT), before returning to Singapore in 2003. She is currently the Executive Director of the Institute of Bioengineering and Nanotechnology, Singapore, and an Adjunct Professor of Chemical Engineering at MIT. Ying’s research is interdisciplinary in nature, with a theme in the synthesis of advanced nanostructured materials for catalytic and biomaterial applications. Omar MwannesYaghi was born in 1965 in Jordan and moved to USA at the age of 15. Now, he is a Professor of Chemistry and Biochemistry at the University of California, Berkeley, USA. The prize committee stated that ‘Omar Yaghi has made seminal contributions in the field of metal organic frameworks (MOFs). MOFs possess a wide array of potential applications including materials for gas storage, gas/vapour separation, catalysis, luminescence, and drug delivery.