Islamic Voice 0 May, 2015 12:00 am
Mujtaba A. Mohammed
Mysuru Gets Its First Ever Muslim Woman Mayor
Magsaysay Award for Afghan Woman Governor 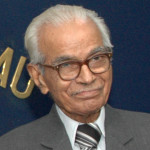 Veteran Urdu journalist Gurbachan Das Chandan passed away in Ahmednagar on April 7. Hailing from Delhi, Chandan was staying with his daughter there. He was 93. He leaves behind his widow, a daughter and a son. He served in the Press Information Bureau, a wing of the Information and Broadcasting Ministry from 1948 to 1980. He was born in Lahore in 1922 and migrated to Delhi after Partition in 1948. He held a post graduate degree in English literature and a diploma in Journalism from Punjab University, Lahore. He was a prolific writer in Urdu and contributed for Qaumi Awaz, New Delhi. He was considered an authority on Urdu journalism. Books authored by him include Urdu Sahafat per ek nazar, Urdu Sahafath ka Safar, Jame Jahan Numa: Urdu Sahafath ki Ibteda, and a biography of Jamuna Das Akhtar. He was feted by Urdu Academies in Delhi and Uttar Pradesh. 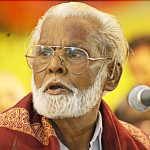 Noted Tamil devotional singer Nagore Esmail Mohammad Hanifa (popularly known as E. M. Hanifa), died in Chennai on April 7. He was 90. A close friend of DMK leader Karunanidhi, Hanifa mesmerized millions with his rendering of Tamil songs. His cassettes containing God’s praise sold in millions. A DMK member, he was fondly remembered as ‘Isai Murasu’ (musical drum). He sang to boost the morale of the DMK party activists. He was a member of the Tamil Nadu Legislative Council (now defunct) in 1970s. He has left behind two sons and two daughters. Karunanidhi visited his residence to pay his last respects and broke down while paying homage to his long lasting friend. Hanifa was born in Ramnad and settled in Nagore, the town of the famous Dargah in Thanjavur district. He was considered a symbol of religious harmony.