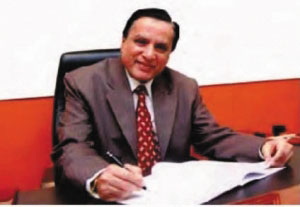 Dr. Mohammed Vizarat Rasool Khan, founder and chairman, Shadan Group of Educational Institutions passed away after prolonged illness on October 21. He was 69. He founded 56 educational institutions, including two medical colleges, and several engineering colleges and other professional and technical educational institutes during a career spanning three decades. More than 20,000 students are enrolled in his colleges from KG TO PG courses throughout the state. He was instrumental in setting up Deccan Medical College and Deccan Engineering College and various other institution of Darusalam Educational Trust in 1984 and after parting ways with Majlis Ittihadul Muslimeen he founded his own Shadan Group of Institutions. He was elected MLA for Andhra Pradesh Assembly for a term on Majlis ticket. Recently Dr. Vizarat Rasool Khan had undergone treatment at Apollo hospital for almost 50 days. The news of his sad demise created widespread gloom among among Muslims, as the services rendered by Dr. Khan in educational field for the past three decades were remarkable. It is reliably learnt that another two Medical colleges and a Hospital were in pipeline and a dental college was also in the process of getting recognition from the Dental Council of India. He aspired to set up an autonomous minority university for which he has been striving hard for the past 4-5 years. Born on December 1946 Dr. Khan is survived by wife Mrs.Shadan Vizarat Rasool Khan and four sons. Namaz-e-Janaza was held on October 22 at Masjid Shadan, inside Dr. VRK Medical College Compound.