Nayib Bukele, 37, a man of Palestinian ancestry, has been elected President of El Salvador, a central American country. He was sworn in on June 1. Born in 1981, Bekele was born in San Salvadore to Palestinian migrant father Ormando Ahmed Bukela Qattan, who set up a textile mill and a mosque in Salvador. His mother is a native Salvadoran woman. Bukele has promised to extricate the nation riddled with corruption and gang violence from the mess it has got into due to distressed economy and social violence. Previously a member of the Leftist party Farabundo Mari National Liberation Front,, he broke ranks with it and joined the conservative Arena party. He has named eight women to top government posts, seven of them as cabinet ministers. 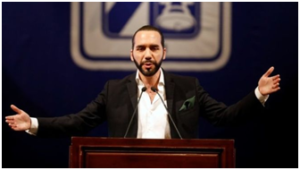