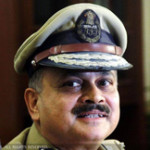 Ahmed Javed, the Mumbai Police Commissioner, has been appointed the Ambassador of India in Saudi Arabia. The post has been lying vacant for some time. It is a crucial posting as Saudi Arabia host 28 lakh Indian expatriate workers and has very active trade relations.

Dr. Ahteshamul Haque, Assistant Professor in the Department of Electrical Engineering, Jamia Millia Islamia (JMI) has bagged three major Renewable Energy Projects and Power Electronics worth Rs. 3 crore. The projects aim to develop comple single phase solar energy conversion system of various ratings and features which can be used by the common man and for industry application. Haque has already installed 1 kW capacity solar power at the terrace and the 50% electric load of Power Electronics lab is getting power from the installed solar plant. Haque has earlier worked with the Power Electronics R and D Units and several Multi-National Companies. His areas of research include power quality improvements, smart grids, wireless power communication, hybrid vehicles, electric traction etc. These projects will enable the Department of Electrical Engineering, JMI to strengthen its teaching, research and technological platforms. 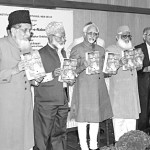 New Delhi: The Vice-President of India, M. Hamid Ansari, released the book Masadir-i-Seerat-i-Nabwi (sources of the biographies of the Prophet) Volume I and II written by Prof. M. Yasin Mazhar Siddiqui, at a function organised by the Institute of Objective Studies (IOS) at the Conference Hall, Vice-President’s House here on November 20. The work uses 49 sources involving 275 books to discuss the subject. 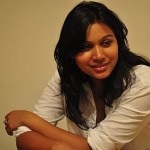 Freelance Journalist Neha Dixit has won the international Committee of the Red Cross award for her story ‘Shadow Lines’ published in Outlook’s August 4, 2014 issue. She has also been given another award by the Press Institute of India. The piece covers the chilling accounts of seven rape survivors of the Muzaffarnagar riots and their travails in long for justice. The “Shadow Lines” was in fact a follow up to her older story published in December 30, 2013 titled Thread Bared that described in hair-raising details the horror particularly, the women belonging to Muslim community had to go through during the September 2013 communal riots in Muzaffarnagar-Shamli. Dixit started her career with Tehelka after graduating from AJK Mass Communication Research Centre of Jamia Millia Islamia in Convergent Journalism and was also briefly with TV Today. For the last couple of years, she has been working independently and contributes articles to several national and international publications.
(twocircles.net)