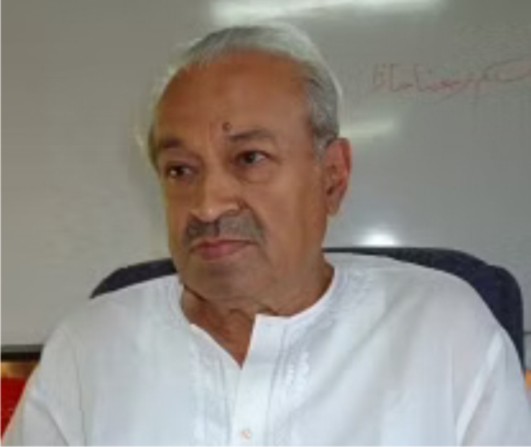 Ziaulla Sheriff- Clarifies Some Points raised during the Press Meet:

Late Dr. Mumtaz Ahmed Khan Sahib was a sincere social worker who was concerned about the upliftment of the community. My relationship with him was over 5 decades. In 2002, Dr. Sahib was managing the Al-Ameen Medical College at Bijapur and Amanath Co-operative Bank in Bangalore. In 2002 both the organizations came under severe financial crisis. The Medical College had borrowed Rs. 40 Crores from Amanath Co-operative Bank and the Bank directed to repay the loan immediately. The Medical College had no funds to repay the loan as the institution was in financial trouble. Since the Medical College was a Public Charitable Trust in nature, no other bank was willing to finance.

In view of the above, in 2002, Dr. Sahib approached all the rich businessmen in the community to take over the Medical College by financing Rs. 40 Crores in order to clear Bank Liabilities. Being such a large and rich community, none came forward to invest Rs. 40 Crores for a Public Charitable Trust.

Finally, while I was in America, Dr. Saheb requested me to help him to save the Public Charitable Trust and in good faith, I magnanimously accepted his request and on the security of my personal property, I borrowed Rs. 40 Crores from J & K Bank to save the Trust belonging to the community. At that time Mr. Irfan Razack, Chairman & Managing Director of Prestige Properties was the President of Al­ Ameen Medical College could have easily taken-over because of his position. Unfortunately, he did not decide as this was not a business proposal for him to borrow money on personal guarantee to fund a Public Charitable Trust was a risky proposition.

After arranging the money, I requested Mr. lrfan Razack to continue managing the medical college, he gracefully declined to take the responsibility. Any other person in his place would have accepted easily because he had nothing to lose, as I had got Rs.40 crores to repay the Bank in one stroke at my personal security and risk and consequently saved Medical College and the Bank. Never in the history of banking or Charitable Trust this kind of risk is taken by anybody else.

The Medical College & Amanath Co-operative Bank management came into my hands. In order to save the bank, I provided Rs.60 Crores guarantee to the RBI which the bank had suffered due to fraud during earlier management.

The maximum deposit amount with bank then was Rs. 450 Crores. Once the fraud was unearthed the deposits were eroded by more than 50%. At that time, as a President along with New Directors of the Bank, I assured all the shareholders that their money will be protected at all cost and I have clarified in my various interviews that the damage was done to the community by its own people. Mr. Jaffer Shariff spoke to Mr. Deve Gowda and requested him to supersede the bank and he acted upon accordingly. Myself and all the present directors resigned from the Board and subsequently many administrators were appointed by the government and the downfall of the bank started. The deposits came down drastically to Rs. 100 crores. The bank was closed.

After several years, in the interest of the community, I once again discussed with Mr. Rahman Khan Sahib how to revive the bank as all earlier depositor’s money was ceased by the bank. In order to revive the Bank, RBI directed that a fresh Rs. 14 crores had to be infused. I once again came forward and contributed Rs. 10 Crores and requested Mr. lrfan Razack and Mr. Azeez Mohammed contributed Rs. 2 Crores each to makeup Rs. 14 Crores.

We thought Mr. Kabir, present President of Bank who is a Chartered Accountant by profession will be a right person to head the Bank, hence with our money and co-operation he became President of Bank and started filing cases against all the Directors. These cases are pending in various Courts and every Director is defending their case including me and we will do it with all sincerity to safeguard our name, reputation and money.

Since past 4.5 years, Mr. Kabir has never consulted on revival of the bank with us including Mr. Rahman Khan Sahib who is also a Chartered Accountant and former President of the Bank well versed in advice. Mr. Kabir has no bank revival plans or idea about how to get money into the Bank because bank runs on the Trust. Quote a saying:

” TO BE TRUSTED IS A GREATER COMPLIMENT THAN TO BE LOVED”

Nobody will trust the present President with their money who has no revival plans and not open to advice. Presently deposit of the Bank is less than Rs. 100 Crores which is only taking care of the salary of staff.

In the recent press meet Mr. Kabir had mentioned that he is ready and willing to take Rs. 100 Crores deposit to save the bank, but has not given any plans or ideas how he is going to safeguard & return our money and invest.

In all fairness, I request Mr. Kabir should return Mr. Irfan Razack & Mr. Azeez Mohammed money who had infused at the time of reopening bank. I am not asking my money at all, Mr. Kabir can issue shares to me. If he has got any sense of responsibility, he should discuss bank revival plan with these gentlemen along with Mr. Rahman Khan Sahib who is a pioneer in banking industry.

I had even suggested that there are Government of India schemes where the Government gives Rs.2,60,000/- subsidy at 4% interest. In this regard, I already discussed with Mr. Irfan Razack to provide 1,000 affordable housing to weaker section of the society and the bank can buy these houses and give it to buyers at cheaper rate of interest by keeping security with the Bank.

There is one more suggestion that the bank can sell its branches which will fetch 100 Crores and use this money for lending to generate revenue for the bank. There are many more such schemes which he has to explore.

Further I want to conclude that I am not interested in closing my cases as I don’t have any cases against me. Let the cases go on.

We know how to secure our wealth. I am not interested in any position in the Bank and I am only interested in safeguarding the reputation of the Bank. I will nominate the best banker in the country by offering a salary of Rs. 1 million per month who can take the Bank to greater heights.

Last but not the least, I would like to clarify that I have not given medical college to my daughter which is a false rumour. A Public Charitable Trust cannot be gifted or sold or handed over in wrong hands.

I have donated moret han Rs. 100 Crores to the Medical College and will continue in future by building a world class Cancer Centre, Heart Centre, Brain Centre, Kidney Centre for the sake of community where backward poor people of our State is benefitted.

I thank everyone for their patience and co-operation. Any clarification required will be gladly furnished.