Goolam E. Vahanvati
First Muslim Attorney General of India Goolam Essaji Vahanvati died in Mumbai on September 2 at the age of 65. He had resigned his post on Mau 27 after the new Central Government was sworn in.
Prior to his appointment as Attorney General in 2009 by the UPA government, Vahanvati had served as Solicitor General of India and Advocate General of Maharashtra Government. He is survived by his wife and son. He was suffering from lung infection for some time. 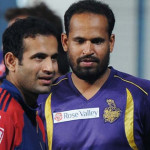