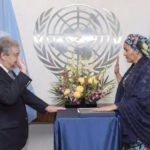 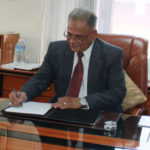 Pak’s Sial is SAARC Gen. Secy.
Kathmandu: Pakistan’s Amjad Hussain B Sial has assumed the office of the South Asian Association for Regional Cooperation (SAARC) Secretary-General in the first week of February, informed The Himalayan Times.
The SAARC Secretariat in Kathmandu informed in a statement that Sial assumed the office a day after Nepal’s Arjun Bahadur Thapa’s term ended.
Sial has spent 33 years in Pakistan Foreign Service, according to the statement.
He had worked at the SAARC Secretariat as the Director from Pakistan from 2003 to 2006.
Before the new assignment, he was the Special Secretary at the Pakistani Ministry of Foreign Affairs.

Faisal Faisal Ali Removed: Mr. Faisal Ali, Editor of Rashtriya Sahara, was removed from the position of Editor of Sahara Urdu group on March 4. A notice signed by Mr. Subroto Roy, Chairman of the Sahara group put on the notice board informed the staff that Mr. Ali has been discharged of all responsibilities in the newspaper and Sahara Urdu channel. He has been replaced by Nafees Abidi in the daily and Mr. Laiq Rizvi in the TV channel.

Dr. Ella Sharma, who hails from Deoband, earned her Ph.D after writing her thesis on the movement which promoted harmony between Hindus and Muslims. 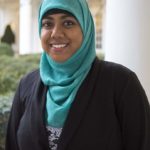 Rumana Ahmed, a White House staffer working for the National Security Council, resigned her job saying the office perceived a threat in her. The hijab-donning Rumana said in an article in The Atlantic that she had joined the NSC in 2011 under Obama Administration where she was welcomed. “I had to leave because it was an insult walking into this country’s most historic building every day under an administration that is working against and vilifying everything I stand for as an American and as a Muslim,” Rumana wrote.
Rumana’s parents had migrated to the US from Bangladesh in 1978. She remarked: “The days I spent in the Trump White House were strange, appalling and disturbing”. 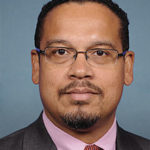 Keith Ellison, the first Muslim member of the US Congress (now serving second term) was on February 26 named the Vice-Chairman of the Democratic Party of the United States at the meeting of the Democratic National Committee. Mr. Thomas Perez was elected the Chairman defeating Mr. Ellison in a fiercely fought party election. However, in order to unify the Party, Mr. Perez named Mr. Ellison the Vice-Chairman.