Islamic Voice 0 October, 2015 12:00 am
Relevance of Maulana Azad’s Understanding of Unity of Deen
From Tinkering with Metals – To Reaching Out to Mankind!
Quaide Milleth Award for Dr Hamid Ansari and Aruna Roy 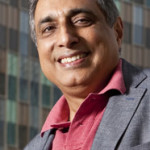 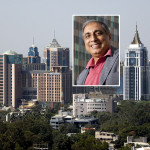 Mr. Irfan Razack, Chairman and Managing Director of the Prestige Group of Companies was conferred with Sir M. Visveswaraya Memorial Award for the year 2015 by the Federation of Karnataka Chambers of Commerce on September 21. The award was presented to him by Karnataka Chief Minister Siddaramaiah. The citation said “through its innovative approach and designs, the Group has created world class projects like The Forum Mall, UB City, The Collection and Golfshire which have become benchmarks today and are being emulated by many . Besides redefining the Bengaluru skyline, the Prestige Group has also created landmarks in Hyderabad, Cochin, Mangaluru, Mysuru, Goa and Chennai”.
The Group supports the Akshaya Patra Programme (midday meals scheme) for the Government schools, has partnered with St. John’s Hospital and participates with the Government agencies in road development, landscaping and beautification activities for a cleaner and greener Bengaluru”, the citation added.
The Group has co-founded the Inventure Academy, a leading K-12 International School in Bengaluru.
The Visveswaraya Award was instituted by the Federation in 1999 to commemorate the birth anniversary of Sir Visveswaraya who founded the Federation in 1916.