Islamic Banking Award for Taqi Usmani, Rodney Wilson
Jeddah: The Islamic Development Bank announced on May 9 Shaikh Muhammad Taqi Usmani from Pakistan and Professor Rodney Wilson from the United Kingdom as the joint winners of the 2014 International Development Bank (IDB) prize in Islamic banking and finance. The award comes in recognition of the professional and academic role they have played in advancing Islamic finance and banking regionally and globally. The prize will be presented during the upcoming 39th annual meeting of the IDB’s board of governors slated for June 22 to 26 in Jeddah.
The IDB prize selection committee, comprising eminent scholars and experts from outside and inside the bank, unanimously decided to award the prize to Usmani and Wilson during a meeting held at the IDB headquarters on April 10 in Jeddah.
The selection committee conferred the prize on Usmani “in recognition of the significant work he has undertaken for the implementation of Islamic finance.”
Usmani had also taken part in an important ruling on usury during his career as a judge in the Shari’ah Appellate Tribunal of Pakistan, in addition to manifesting a global leadership role as an Islamic jurisprudence scholar, advising and supervising Islamic financial institutions in the Islamic world, Europe and the United States. Usmani was also chairman of the Shari’ah Standard Council at the Accounting and Auditing Organization for Islamic Financial Institutions (AAOIFI).
The prize was first launched by the IDB in 1988 to honor efforts and reward outstanding achievements in the Islamic banking and finance fields. A total of 33 outstanding researchers and professionals have won the prize over the past 24 years.

MLC for the shortest term: Congressman Abdul Jabbar from Davangere has been nominated the member of the Karnataka Legislative Council. He will be MLC for just 42 days as he will be filling up the vacancy caused by the resignation of Prof. Mumtaz Ali Khan who quit BJP and joined the Congress a few months ago and consequently resigned from the house membership. Jabbar is President of the Davangere District Congress Committee. The nomination was made by Governor H. R. Bhardwaj. 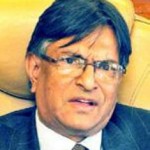 Abduweli Ayup, poet, linguist from China’s Muslim majority Xinjiang region has not been heard since he was arrested by Chinese authorities last august. Ayup is specialist of Uighur language and had returned from the United States after finishing his studies in 2011. He had started a chain of ‘Mother Tongue Schools’ in Xinjiang, the vast Central Asian region which was forcibly merged into China. Last August, Ayup and two business partners, Dilyar Obul and Muhemmet Siddik were arrested. The police has not allowed lawyers and relatives to meet the detained persons. Chinese authorities were alarmed by his efforts to keep the Uighur language alive. Chinese President Xi Jinping had exhorted the Uighur people to learn Mandarin, the majority language in order to better integrate with the mainland China, while visiting the region last year.

Prof. Khalid Mahmood: Jamia Millia Islamia’s Urdu professor Khalid Mahmood has been appointed the vice chairman of the Delhi Urdu Academy by Lt. Governor Najeeb Jung. The post had fallen vacant in December 2013 after Prof. Akhtarul Wasey demitted the office on election of the new government in Delhi. Lt. Governor is the chairman of the Academy as per bylaws of the Academy.

Hindi writer dead: Makhdoom Ahmed Sindi, noted Hindi writer and poet died in the third week of May at his home in Belgaum. Sindi had retired as headmaster of the Sardar High School in Belgaum. He was conferred with Adarsh Shikshak Prashasthi award for his long teaching career. He was also presented Kavyananda Puraskar, His Hindi book titled ‘Piar ka Meenar’ won wide acclaim. He leaves behind his wife, two sons and a daughter.