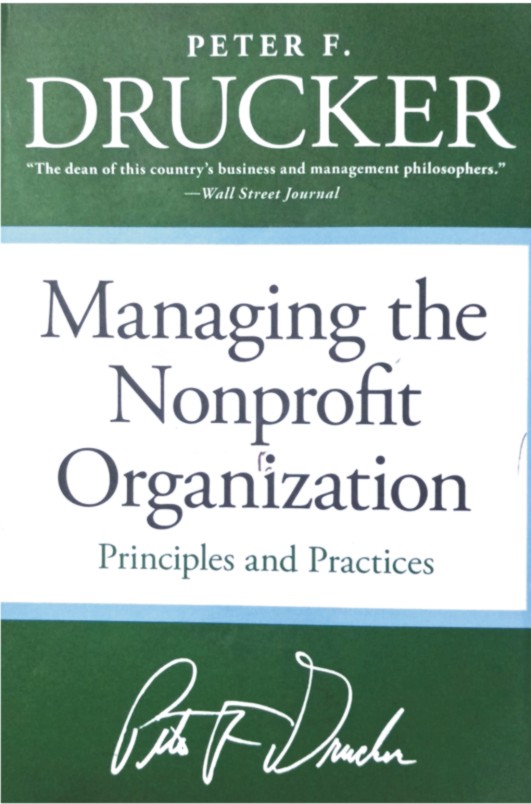 We have a large number of community-based NGOs or Non-profit organizations which are managing mosques, schools, colleges, hospitals, orphanages, madrasas, old age homes, etc. They are registered as Trusts Societies or Companies or as Waqf institutions. Most of these institutions (which we call ideas in Urdu) function in a most unprofessional manner and are not exposed to management techniques. As registered NGOs, they have to fulfill many obligatory requirements like adhering to their bylaws, proper maintenance of documents/accounts and getting their accounts audited by an external auditor or chartered accountant. These are procedural and legal requirements. But my focus here is on the management skills required to be adopted by them.

Birth Pangs
The fallacies of our community organizations start right from the day a Trust or Society is formed. A group of people comes together for a certain cause, picks their favourites, and all become founder members. It would have been more prudent to select members who know about the activity proposed to be taken up. How often do we across illiterate persons who are heading the governing body of an educational institution or laymen managing a hospital? There are educational institutions exclusively for girls, but they have no women members. You will find office bearers of a mosque committee who are not regular for the namaz. We have seen tenants of a Waqf institution becoming the President or Secretary of the managing committee by overcoming the restrictions through Benaami tenancy. How can you expect that action will be taken for non-payment of rent, sub-letting, and other violations? All such people take high moral ground and can be heard giving big sermons about what is right and what is wrong. This is the bane of the community.

Peter F. Drucker: Management Ideas
Peter Drucker, a management expert has written an engaging book titled “Managing the Non-profit Organization – Principles and Practices”. In this book, he provides apt examples and explanations of the mission, leadership, resources, marketing, goals, and much more pertaining specifically to NGOs. To address the key issues at the practical level, he interviews nine experts from different fields including a Vicar of a Catholic Diocese. The book has many guidelines for the effective management of NGOs which are very useful for professionally managing our Trusts, Societies, and Waqf institutions.

Mission Comes First
“Non-profit institutions exist for the sake of their mission, and this must never be forgotten”, says Peter Drucker. How often we see that a Trust formed to run a school venture to open an old age home, a Trust formed to run a hospital starts a madrasa or a Society formed to run a college opens a Dialysis Centre. Diversification may succeed for a corporate entity but not for an NGO. They must stick to their mission. Similarly, Waqf institutions should not abandon the Mansha-e-Waqif (the purpose for which the Waqf was formed by its dedicator) wherever possible. Many NGOs, instead of becoming the leaders in the field of their original mission, slip into oblivion by putting their fingers in an altogether different field of activity.

Change From “fund Raising” To “fund Development”
Napoleon said that there were three things needed to fight a war. The first is money. The second is money. And the third is money. “That may be true for war, but it’s not true for the non-profit organization. There (for NGOs) you need four things. You need a plan. You need marketing. You need people. And you need money” says Peter Drucker. Money is always scarce in an NGO, and you have to mobilize donations or what is popularly called the “Chanda” collection. For this, you must sell your concept and not your product. Also, it is always advantageous to raise money from people who want to participate in the cause, but who are not beneficiaries.

Peter Drucker however cautions that “a non-profit institution that becomes a prisoner of money-raising is in a serious identity crisis. This is why non-profit people have now changed the term they use from ‘fund raising’ to ‘fund development. Fundraising is going around with a begging bowl, asking for money because the need is so great. Fund development is creating a constituency which supports the organization because it deserves it”. The donor participates through giving. Let me give an example. The Puttayanapalya Welfare Association, Bangalore gives the orphan children some amount in the form of a cheque, food packs, pre-used clothes, tiffin carriers, chocolates, etc. every month. But instead of collecting donations, they ask the donors to adopt an orphan by sending all the details about the child. The donor can participate in the monthly distribution program and hand over the cheque. They also send a photo of the child receiving the goodies by WhatsApp to the donor every month.

Need For Dissent
Quite often we have noticed in many of our organizations that when an important decision must be taken in a meeting of the idaara, the members remain quiet and give their approval. Later when it turns out to be a bad decision, they start blaming each other. Whose decision was this? Franklin D. Roosevelt had a simple rule: if you have a consensus on an important matter, don’t make the decision. Adjourn it so that everybody has a little time to think. Peter Drucker opines: “Acclamation means that nobody has done homework. There should be dissent and disagreement, but it should be constructive criticism”. More often we notice that our organizations are riddled with feuds, distrust, and ego clashes. Groupism thrives with members divided between two clashing personalities. Decisions are taken, not on the merits and demerits of the case, but for reason that who is backing it. Many organizations have gone into disrepute and destroyed themselves because of such internal feuds. Peter Drucker suggests that asking for disagreement openly gives people the feeling that they have been heard and they calm down. Another way to defuse an argument is to say “Let’s start by finding what we agree on”. The best way to resolve a conflict is to ask the two people who most vocally oppose each other to sit down and work out a common approach.

Board Of Management Or Governing Body
The Managing Committee or Board of an NGO institution must understand its real obligations and has to set goals for its own performance. In organizations running institutions like schools, colleges, hospitals orphanages etc., quite often it complains that the Board meddles with the administration. Sometimes the management gives preference to a favourite non-performing employee, and this causes disenchantment among the sincere and hardworking staff. Peter Drucker points out that there will be troublemakers among the Board members themselves who abuse the Board to create a political platform for themselves or just to hear themselves talk. “Over the door to the non-profit’s boardroom there should be an inscription in bold letters that says: Membership on this Board is not power, it is responsibility”. Members/Trustees should know that they are here not for recognition by the community but for a commitment to service.

The Term Of Office Bearers
Peter Drucker raises another important issue that is very much relevant to our Waqf institutions, Trusts and Societies: what should be the term of the members of the Board? In our institutions we see the President, Secretary, and other office bearers holding on to their posts till death. Peter Drucker says: “For a good many older people, membership on the Board of a service organization is the last activity they have. They have retired from everything else. So they hold on to it”. He further says “that it is best to limit membership to two terms of, say, three years each. After that, you go off the Board. Three years later you may come back on again. But at age seventy-two or so, you go off the Board and stay off the Board”.

All these issues need to be considered seriously if we wish to have healthy and vibrant institutions. Those who are heading our organizations have plenty of matters to introspect about. Will they? I hope they do.