The UK Media Too Often Misrepresents Muslims “ With Dangerous Results

Islamic Voice 0 February, 2017 12:00 am
Social Reform “ How and Why?
Scientific Research – Are these the Dark Ages in the Muslim World?
Do Justice

We desperately require greater care in the reporting of news stories, better training, greater diversity in newsrooms, and a religious literacy clearly lacking at present. 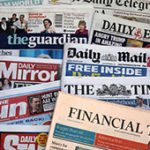 “Terror in Spain: Gunman screaming ‘Allahu Akbar’ opens fire in supermarket” screamed a Daily Express news story recently. This headline is the latest in a long list of false and inaccurate stories I have identified as part of my work, challenging the misreporting of Islam and Muslims in the media.
This story in the Express, also covered in the Sun (now corrected) and Mail Online, was complemented by a subsequent claim that the information came from the police “ despite the police making it clear that the individual had spoken Basque and that it was not a terror attack.
Such blatant misrepresentation of the facts has real consequences that are the motivation for my efforts. On one hand, it tars the brilliant and careful work by many journalists across the country. Yet, trust in journalism lags near the bottom of Ipsos Mori’s Veracity Index “ a serious concern given the importance of the media in challenging authority in our democracy.
On the other hand, it leads to increasing hostility against Muslims, as shown by academics from the University of Cambridge and the University of Leicester. The European Commission against Racism and Intolerance even called for the UK media to “avoid perpetuating prejudice”, and that “fuelling prejudice against Muslims” was “reckless” given the dangerous consequences, in line with the United Nations human rights chief , Zeid Ra’ad Al Hussein, who urged the UK to “tackle tabloid hate speech”.
Unsurprisingly, and in a similar way to many of the other stories I have identified, this false terror story has been shared thousands of times, including by far-right groups and extremists. Initially, my work to correct inaccuracies was sporadic at best. But as my fears have worsened, I have adopted a more systematic, focused and analytical approach where I evaluate articles on Islam and Muslims that go against the editors’ code of practice that the papers have themselves chosen to abide by.
Hate Speech
To Fleet Street’s discredit, rarely does a week pass where an article has not been corrected: there have been a staggering 13 corrections following my complaints in the past seven weeks. Let’s not forget, this excludes discriminatory pieces and hate speech against Muslims in opinion pages of newspapers, which are not covered by the current regulator.
Given that I cannot attribute motive without evidence, I am careful not to do so. But given their professional duty and undertaking to the press regulator as well as to society at large, newspaper editors need to seriously consider what are the drivers for this misreporting.
None of us wants to live in a world where our children feel the media is out to get them. I suppose this may be reflective of our current age, where click-baiting or web traffic are more valued in some newsrooms than the graft of old-fashioned journalism. While for some, misreporting might be reflective of a lack of religious literacy, I do worry that in certain cases, it may be due to anti-Muslim prejudice.
We desperately require greater care in the reporting of breaking news stories, better training, greater diversity in newsrooms, and a religious literacy clearly lacking at present, along with a consistent use of terminology that takes into account its consequences for our society. These are some of the issues that I have raised with national media outlets’ managing editors, ombudsmen and legal teams who have engaged with me following complaints.
For what it’s worth, while some of the “engagement” seems to be grudging and more aimed at attempting to placate me, others have been very receptive to ideas, with constructive discussions as to how to move forward. Most recently, for example, a managing editor shared a correction with the whole of the online team as an example of what needs to change.
Conspiracy theorists have bizarrely suggested that my motives are to control the media, with the aim of silencing criticism of Islam or even introducing a blasphemy law through the back door. Such individuals or groups fail to provide a shred of evidence, and have even resorted to blatant lies to back up their assertions.
(The Guardian)