Islamic Voice 0 April, 2018 12:00 am
Congratulations! Your POLITICS Is (Are) About To Stop Being Relevant
Worrying About Division of Secular votes – Smaller Outfits can Play Spoilsport
UP Assembly Election Analysis – Muslims Stand Totally Marginalised 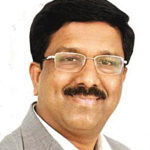 Bengaluru: Dr. Syed Naseer Hussain is the new Muslim MP elected to the Rajya Sabha in the elections held on March 23. He along with G. C. Chandrashekhar and L. Hanumanthaiah were the three candidates nominated by the Congress which had 123 members in the 224-member Karnataka Assembly. The Congress was able to get all the three elected while Mr. B. M. Farookh, a businessman from Mangalore who was nominated by the Janata Dal-Secular was not able to muster the requisite number of votes. The BJP’s sole candidate Rajeev Chandrashekhar, chairman of the Public TV, also got elected. The party has a strength of 40 members in the house.
The JD-S had fielded Farookh for the second time in two years for the Rajya Sabha in the hope of receiving support from the Congress which refused to oblige. The JD-S had been supporting the Congress in the BBMP (Bengaluru Mahanagar Palike) in getting the latter’s candidate elected as the Mayor for the last three years. However, Mr. Siddramaiah refused the quid pro quo.
Naseer Hussain holds a doctorate in International Studies from the Jawahar Lal Nehru University and had started his political career from the University Students Union winning the Presidential post in 1987. He was then enrolled as an MA student in International Studies at the School of International Studies. He hails from Ballari and has served as party spokesperson of the Congress Party in the State in recent years. Quite articulate, energetic and well-versed in political issues, Hussain is a new Muslim face in the national politics. He had joined the Congress Party in Delhi soon after his student’s career came to an end.

Nadimul Haque
In West Bengal, the name of Nadimul Haque figures among the five candidates who won the election for the membership of the Rajya Sabha from the state. Haque is stated to be a journalist and was re-nominated for membership of the Upper House by the ruling Trinamool Congress after his first term was over. Subhashish Chakraborty, Abir Biswas and Santanu Sen are first-time nominees who won the RS seat from the state. Congress leader Abhishek Manu Singhvi, who acts as the Party spokesperson, also won membership of the House, on Congress nomination.
Ashfaque Karim
Ashfaque Karim, Chairman of the Katihar Medical College, was declared elected unopposed from Bihar on March 15. He was nominated by the Rashtriya Janata Dal (RJD), together with Manoj Jha of RJD and Akhilesh Prasad Singh of Congress who too was supported by the RJD. Manoj Jha heads the Social Work Department of Delhi University.

Sarfaraz Alam
Sarfaraz Alam won the by-election for the Lok Sabha from Araria constituency, held on March 11. Alam is son of former Araria MP Taslimuddin, who died last year. Taslimuddin was known as Seemanchal Gandhi, and led an austere life and always remained in touch with the people. Alam was earlier with the Janata Dal (United) till a day before the byelection was announced.