The factional warfare in the Samajwadi Party has ended the era of backseat driving by Mulayam Singh Yadav. 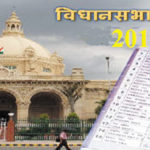 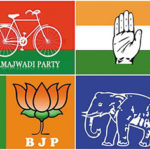 The battle lines have become clear in Uttar Pradesh. The major contenders for power will be the Samajwadi-Congress alliance against the Bhartiya Janata Party (BJP), with Bahujan Samaj Party also being a notable claimant of sizeable number of votes. Though marked with several flip-flops, the SP and the Congress reached an understanding and seat-sharing agreement after a hard bargain. One view is that the whole now-on, now-off negotiations were a stage-managed show to gain publicity and lend a larger than life projection for Chief Minister Akhilesh Yadav.
With the Election Commission’s handing over the bicycle symbol to the SP faction led by Akhilesh Yadav, the young CM can confidently lead the alliance into the battle against the BJP. Mulayam Singh Yadav was left with no alternative other than surrendering to the ambition of the ‘rising son’ who had emerged a clear victor in terms of numbers in the factional war within the SP. The Rashtriya Lok Dal (RLD) led by Mr. Ajit Singh could not be roped into the alliance as the SP-Congress were not willing to concede more than 15-20 seats to the Jat-dominated party which has limited influence in the western districts of the state.

Away from Father’s Shadow
Evidently, the denouement at the hands of the Election Commission has put the final stamp on the leadership of Akhilesh in the the Samajwadi Party and has settled once for all the preeminence of Akhilesh in the Party. It also signals Akhilesh’s moving away from the shadow of his father and being his own man.
Akhilesh had taken a calculated risk by freeing himself from the father’s hold. Though he was sure to ally with the Congress, the split on the factional lines would have certainly caused much confusion in the social components of the party’s votebank.
In one sense, it marks the end of era of Mulayam Singh’s backseat driving. Mulayam did not take much time to realize that his age, the times and the people were not on his side and only by casting his lot with the son could he perhaps safeguard the clan’s hold on power in the most populous state. By blessing his son following the decision, Mulayam has symbolically passed on the baton of leadership. Not alone this, he also made it clear that he will not field his own candidates as 90% of the candidates in both the lists were same. However, he has made a specific request to Akhilesh to accommodate his younger daughter-in-law Aparna Yadav (wife of Prateek Yadav) for the Lucknow Cantt seat.
The SP-Congress alliance is likely to consolidate two major social components i.e., the Yadavs and Muslims who have a statewide presence. It would also bring majority of Brahmins who constitute nearly 10% of the State’s population and considerable section of other upper castes like the Rajputs, Kayasths and Banias into their kitty.

Losing support
The BJP has almost shot in its foot by removing Laxmikant Vajpayee from the president’s post of the Party. Mr. Vajpayee, a Brahmin, had headed the Party during the Lok Sabha elections in 2014 and pulled in sizeable support of the community and ensured BJP’s victory in 71 of the 80 seats in the State. He had the image of a liberal politician who had appeal among several other social components. He has now been replaced by Keshav Prasad Maurya who comes from the OBC section. This would cost the BJP Brahmin votes who are all likely to tilt towards the Congress which had been their traditional choice.
The Congress had announced Sheila Dixit as its chief ministerial candidate, who will of course now be playing a backstage role. But Congress has veteran leaders such as Pramode Tiwari and Satyadev Tripathi who have pull over the community. Besides Congress leaders like Raj Babbar belongs to OBCs and P. L. Punia is a Dalit leader in the Congress. These together may revive the Congress fortunes a bit in the State where it has been out of power for the last 27 years. The alliance proposes joint campaigning by Akhilesh and Rahul Gandhi one side and Priyanka Vadra Gandhi and Dimple Yadav, wife of Akhilesh Yadav, on the other to pull in the women voters.
RLD out of the Loop
But the inability to pull the Ajeet Singh’s party Rashtriya Lok Dal (RLD) onto the alliance bandwagon will certainly work to the disadvantage of the alliance as RLD has considerable influence over Jats, Muslims and Gujjars in the western Uttar Pradesh. RLD had alliance with the Congress in 2012 Assembly election and could win nine seats. But fought it all alone in the Lok Sabha 2014 polls and suffered humiliating defeat. Till these lines are being written, there are no signs of the Congress-SP alliance conceding any seats for the RLD but one cannot rule out last minute understanding between Congress and RLD and the former leaving some seats for the party.
As it appears, the fulcrum of the entire campaign for the alliance would rest on the shoulders of Chief Minister Akhilesh Yadav who enjoys a stainless image and is credited with development work. Akhilesh seems to understand the pulse of the people and has never been swayed by only caste equations and appeal. His ‘Vikas Purush’ (man responsible for development) image has popular traction. He has risen over caste and community considerations and has tried to reach to all sections with a development agenda.

Lonely Furrow
BSP supremo Mayawati is currently ploughing a lonely furrow. Her voteback is all likely to shrink to merely the Jatav community. She announced nomination of Muslims for 97 (of the total 405 seats in the Assembly) constituencies. This was mainly to woo sizeable Muslim votes (18% in the State) in the wake of prevailing confusion over factional fights within the SP and over alliance with the Congress. But now that SP has resolved its differences and the alliance is in place, Muslims are all likely to opt for the incumbent party as they see it the most formidable combination to take on the BJP. The community has grown aware of the need to rise over communal considerations and vote tactically for the winnable secular choice.

No Biting the Bait
The major disadvantage with the BSP is that it has twice shaken hands with the BJP to install the party’s government in the state. This leads to a trust deficit among Muslims, who are not likely to bite the bait a third time. Moreover, Mayawati being all alone now, with no veterans left in the party, is seen to be acting without an ideology and definitive agenda. Caste-based agendas have short term benefits and people look for long-term fruits. Mayawati seems to be realizing this long after her halcyon days.