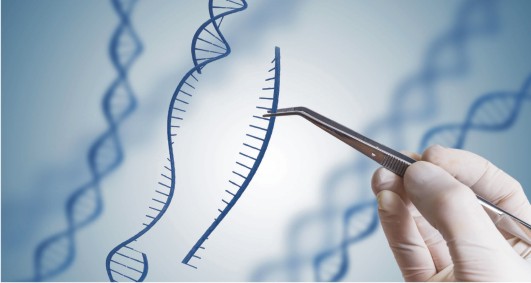 ‘Genetic engineering’ refers to a set of technologies that are being used to change the genetic makeup of cells and move genes across species boundaries to produce novel organisms.

Engineering can be described as the technological manipulation of the objects of the natural world in a way that is perceived to be beneficial to people. Traditionally, we used the word ‘engineering’ in the context of inanimate nature: bridges, railways and machines etc. But the term can be used, and is used, in the context of biology, namely for bioengineering, i.e. modifying or manipulating living organisms. Another term used in place of the term ‘genetic engineering’ (GE) is ‘biotechnology’ (BT). Some people think that ‘biotechnology’ sounds less emotive and less fearful. How is genetic engineering defined then? As with the term ‘gene’, it depends upon who is using it and in what context.
‘Genetic engineering’ refers to a set of technologies that are being used to change the genetic makeup of cells and move genes across species boundaries to produce novel organisms. The techniques involve highly sophisticated manipulations of genetic material and other biologically important chemicals.
Genes are the chemical blueprints that determine an organism’s traits. Moving genes from one organism to another transfers those traits. Through genetic engineering, organisms are given new combinations of genes and, therefore, new combinations of traits which do not occur in nature and, indeed, cannot be developed by natural means. Such an artificial technology is radically different from traditional plant and animal breeding. Researchers have discovered ways to change the inherited shape, form, and function of living things by altering their genetic material. This process is known as genetic engineering.
All living cells plant, animal and human contain the genetic material DNA (deoxyribo nucleic acid), which determines the attributes of the offspring of all living things. The molecular gene is a definite sequence of bases in the DNA chain which together code to produce a particular protein. By directly manipulating the DNA, scientists can change inherited characteristics in predetermined ways. Here the term ‘genetic engineering’ shall mean ‘transgenesis’ or ‘recombinant DNA technology’, i.e. the technology of copying pieces of genetic code from one organism of the same or different species to another by means of the techniques of the molecular biology laboratory. It results in a ‘genetically modified organism’ (GMO).
Genetic engineering is sometimes described as ‘modern biotechnology’, ‘gene technology’, ‘genetic modification’ (GM), ‘genetic manipulation’ or ‘genetic mutilation’. Gene replacement is essentially transplantation surgery although at the molecular level. Cloning is a branch of Genetic Engineering.

Novel Organisms
Nature can produce organisms with new gene combinations through sexual reproduction. For example, a sheep must breed with other sheep (or very near relatives). A breeder who wants a purple sheep would be able to breed towards one only if the necessary purple genes were available somewhere in a sheep or a near relative to sheep. A genetic engineer has no such restriction. If purple genes are available anywhere in nature in a sea urchin or an iris those genes could be used in attempts to produce purple sheep. This unprecedented ability to shuffle genes means that genetic engineers can concoct gene combinations that would never be found in nature.
Genetic Engineering has led to protracted discussions amongst ulema (Islamic scholars) because of a phrase in the Quran about “changing God’s creation”. According to the Quran, after Satan tempted Adam and Eve to eat from the forbidden tree, he was appalled to see them repenting and being forgiven by Allah. Satan asked God to grant him respite, once granted he said that he will deviate human beings.
Satan disclosed some of his plots to astound them saying: “Verily of Thy servants I shall most certainly take my due share and shall lead them astray and fill them with vain desires. And I shall order them so that they cut off the ears of cattle (in idolatrous sacrifice), and I shall order them to deface the (fair) nature created by God.” (4:119).
Discussions among Islamic scholars, physicians, and health practitioners about the possible implications of this verse affects their decisions on such issues as plastic surgery and gender transformation (sexual conversion) operations. Fortunately, however, the consensus is that this Quranic verse cannot be invoked as a total ban on genetic engineering. If carried too far, it would conflict with many forms of curative surgery. (The writer is Immediate Past President, Islamic Research Foundation International, Inc.)