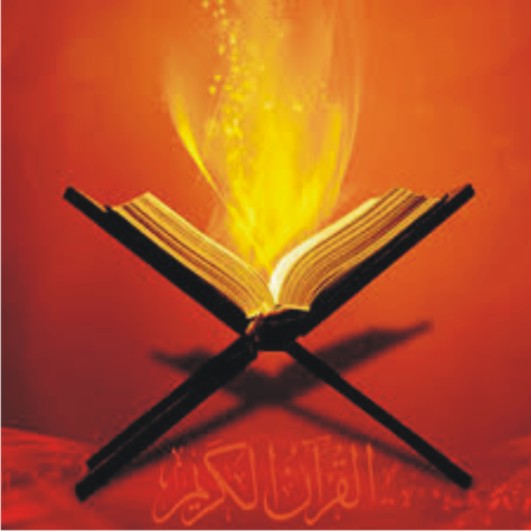 Five Qur’anic Tips to Help You Navigate Through Life

shabbir Ahmed 0 July, 2022 2:37 pm
Corruption
A Commitment made by God
Fasting – A Duty of Obedience to Allah

An amazingly composed treasure of knowledge and productivity, we find in the 45th Ayah of the Surah Qaf.

Umm Hishâm bint Hârithah, (may Allah be pleased with them both), said: We used to share the same oven with the Messenger of Allah for two years or a year and some months. And I did not memorize Surah ‘Qâf. He used to recite it every Jumu’ah on the pulpit when he preached to the people. [Muslim]

Ibn Kathîr, (may Allah have mercy on him), said: The purpose is that the Messenger of Allah used to recite this Surah in big congregations like ‘Eids and Jumu’ahs because the Surah contains information about the beginning of the creation, the resurrection, the return, the standing (for reckoning), the reckoning, paradise and fire. It also contains information on reward, punishment, encouragement to do good deeds and warning against evil deeds.

Let’s discover five productivity lessons from this mind-blowing Surah to fuel your faith, by Allah’s Will!

Make a promise to yourself to open the Qur’an (or Tafseer) daily. No matter what. Then beg Allah, Al-Haadi (the Guide) to aid you.

1. Recognize The Effect Of The Qur’an On You
The ultimate reminder is right at the start; Qaaf. By the honoured Qur’an (Wal Qur’anil Majeed). Take a moment to truly realize how the Qur’an is keeping you in balance. How terrible is the feeling of being confused? Of waking up in the morning, not knowing who you are, where you stand and where you are going in life? Sometimes we don’t know what we want; but we do know what we don’t want.
In the first 5 verses, Allah -the Most High- mentions those who rejected the truth as being in a confused state. They are in constant confusion. This is what we don’t want. And this is the state of those who keep away from the guidance of the Qur’an. Just imagine if you would not follow the guidance of the Qur’an; where would that leave you?
Action point: Make a promise to yourself to open the Qur’an (or Tafseer) daily. No matter what. Then beg Allah, Al-Haadi (the Guide) to aid you.

2. Don’t Take Your Environment For Granted.
In verses 6 till 10, Allah, the Most High, instructs us to reflect on how He created in a state of perfection and the proof of His being the only True God.
And the earth – We spread it out and cast therein firmly set mountains and made grow therein [something] of every beautiful kind (Ba’heej). Giving insight and a reminder for every servant who turns to Allah (Muneeb). [Qur’an, 50:7-8] Ba’heej refers to something beautiful, which makes you happy and pleased when you look at it. What still makes us happy? What makes our children happy? A new gadget, the latest branded shoes?
Action point: Go back to basics and ask Allah, Al Khaliq (The Creator) to let all those beautiful things He grows around you, make you and the children happy again and a means to become Muneeb (to turn back to Him).

3. Stay connected to the reality of your Resurrection.
From the creation of our surroundings, Allah, the Most High, mentions, all to do with the second creation on the Day of Resurrection in verses 11 till 35. The procedure of being driven to the place of questioning, the pleading of the sinners, the dialogue of Allah and hellfire itself and the ultimate relief of entering Paradise. The reward for: Who feared the Most Merciful unseen and came with a heart returning in repentance. A beautiful connection from how both our visible surroundings and both the unseen, should make us turn to Allah (Muneeb).
The Prophet (Pbuh) said: How can I feel comfortable while the angel responsible for the Trumpet has placed the Trumpet to his mouth and lowered his forehead awaiting when he will be commanded by Allah to blow in it, They said, “O Allah’s Messenger, what should we say” He said:
HasbunAllah wa ni’mal wakeel. (Allah is sufficient for us, and He is the best disposer of affairs.)
Action point: Use this supplication frequently, teach others and revive the Sunnah.

4. Know Who You Are Closest To.
Before mentioning the details of the second creation; Allah, the Most High, reminds us: “And indeed We have created man, and We know what his own self whispers to him. And We are nearer to him than his jugular vein (by Our Knowledge). [Qur’an, 50:16] And how His angels are recording each of our words:
(Remember!) That the two receivers (recording angels) receive (each human being), one sitting on the right and one on the left (to note his or her actions). Not a word does he (or she) utter, but there is a watcher by him ready (to record it). [Qur’an, 50:17-18] The Prophet (Pbuh) said: Verily, Allah the Exalted has forgiven my Ummah (Muslims) for what they talk (think) to themselves about, as long as they do not utter or implement it.
Action point: Comfort, protect and motivate yourself with the fact that Allah is Al ‘Aleem (the All-Knowing). Supplicate daily three times:
The Prophet said: Anyone who says three times in the evening: – In the name of Allah, with whose name nothing on earth or in the sky can harm. And He is the All-Hearing and All-Knowing— nothing will harm them until the morning, and anyone who says it three times in the morning, nothing will harm them until the evening. [Ahmad]

5. Prayer: The Golden Thread Through Your Life.
In the last verses, 36 till 50, the whole Surah is summarized. From the creation, the destroyed nations to the resurrection. Allah, the Most High, then gives the formula of success: So bear with patience (O Muhammad) all that they say, and glorify the Praises of your Lord, before the rising of the sun and before its setting. And during a part of the night (also) glorify His praises and (so likewise) after the prayers.” [Qur’an, 50:39-40]

Our prayers and remembrance of Allah are our vehicles for patience and productivity above anything else.

Action point: Mu’adh (RA) reported: The Messenger of Allah took hold of my hand and said, “O Mu’adh! By Allah I love you, so I advise you to never forget to recite after every prayer:
Allâhumma a’innî alâ dhikrika, wa shukrika, wa husni ‘ibâdatika. O Allah, help me remember You, to be grateful to You, and to worship You in an excellent manner. [Abu Dawud]

Learn it, use it, and teach it and gain rewards!

Just like the Surah powerfully started with the mentioning of Allah’s Book, it beautifully ends with it:

We are most knowing of what they say, and you are not over them a tyrant. But remind by the Qur’an whoever fears My threat. [Qur’an, 50:45]

Let the Qur’an be with you, in your hands and heart, from the beginning till the end!