Messengers and Their Great Responsibility

Islamic Voice 0 March, 2018 12:00 am
Scenes of the Day of Judgement
The Best Night of the Year
Record of Accounts

In the Name of God, the Beneficent, the Merciful
“We have sent revelations to you just as We did send revelations to Noah and the prophets following him; as We sent revelations to Abraham, Ishmael, Isaac, Jacob and their grandchildren, Jesus, Job, Jonah, Aaron and Solomon, and We gave the Psalms to David. We have told you about some messengers previously, while others We have not told you about. And Allah has spoken His word directly to Moses. (These) were messengers sent to bring good news and to give warning, so that men may have no argument against Allah once these messengers (had come). Allah is Almighty Wise”.
-(Women: An- Nisaa: 4:163-165) 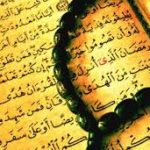 The last verse of this passage is highly significant in many ways because of its reference to an argument which people may have against Allah and which they may be able to use on the Day of Judgment. It means that Allah has sent His messengers to convey His message to mankind, so that people would have all they need to believe in Allah and they can have no argument to support an attitude of disbelief. The role of the human mind with regard to the whole question of faith in the light of this statement signifies that the human mind cannot rely merely on its own devices to always arrive at the right conclusions with regard to faith. It needs guidance and that is what Allah’s messengers have provided. Hence, when the messengers had come, no human being may have any valid argument for not following the right faith.

Messages for Humanity
It is indeed a great responsibility which has been assigned to the messengers, (peace be on them all) and those who believe in them and in their messages for humanity. For, the destiny of mankind, in this life, as well as in the life to come, depends primarily on the messengers and their followers. If they convey this message to people, as they are required to do, people may achieve reward and happiness in both this world and the next. When we describe this as a great responsibility, we are only making a statement of fact. Indeed Allah’s messengers have shown themselves to be keenly aware of the great importance of their task. Allah has pointed out to them the true nature of their responsibility. It is in direct reference to this responsibility that He has said to His last messenger: “We shall bestow on you a weighty message.” He has also pointed out to him how to prepare himself for it: “O you enwrapped one, keep awake in prayer at night, all, but small part of one half of it, or make it a little less than that, or add to it; and recite the Qur’an calmly and distinctly, with your mind attuned to its meaning. We shall bestow on you a weighty message.” (73; 1-5). “It is We who have bestowed from on high this Qur’an on you, step by step, truly a bestowal from on high. Await, then, in all patience your Lord’s judgment and pay no heed to any of them who is a willful sinner or an ingrate; and bear in mind your Lord’s name at morning and evening and during some of the night, and prostrate yourself before Him, and extol His limitless glory throughout the long night.” (76; 23-26). It is this meaning which Allah makes clear to the Prophet and commands him to make a certain statement which shows that he truly understands the message he is given and its great importance: “Say; indeed no one could ever protect me from Allah, nor could I ever find a place to hide from Him, if I should fail to convey to the world what has come to me from Allah and His messages. He alone knows that which is beyond the reach of human perception, and to none does He disclose what He has chosen to keep to himself of His unfathomable knowledge, unless it be to a messenger whom He has been pleased to elect.”

Bring Misery Upon Themselves
The question then is that of the life, the happiness and the reward of mankind or indeed their very existence. They either accept the divine message when it is conveyed to them and implement it to achieve happiness in this life and in the life to come, or they reject it and they bring misery upon themselves in both worlds. Alternatively, they have no message conveyed to them and they have an argument to make against Allah. In this case, the responsibility for the misery they endure in this life lies fairly and squarely on those who failed to convey Allah’s message though they were assigned this task.
As for Allah’s messengers, (peace be on them all), they have indeed been faithful to their trust and conveyed their message. They have discharged their responsibility and gone to their Lord. They have not only conveyed the message by word of mouth, but they have also provided a practical example to be followed, and they have strived hard, day and night, to remove all impediments of every shape and form: suspicions raised, temptations offered and tyrannical forces trying to turn people away from faith. This is what Muhammad (Pbuh)), Allah’s messenger and the last of all prophets, had done. Since his was the final and complete message, he did not merely speak of removing impediments, but he actually removed them with action so that “all submission may be offered purely to Allah.”
The same hard task remains to be assigned to those who believe in his message. Generations come and go and the divine message must be conveyed to them by the Prophet’s followers. They cannot shake off their heavy responsibility of making Allah’s argument against people and saving them from misery in this life and suffering in the hereafter, unless they actually convey Allah’s message, on the same lines followed by the Prophet Muhammad. People are the same in all generations and the message is the same. There are, however, diversions which lead us astray, tempting desires and doubts; and there are tyrannical forces which try to turn people away from faith, either by deception or by brute force. The same situation and the same impediments, and people are the same.
The task must be fulfilled and the message conveyed with word of mouth and with practical action which shows those who convey the message, to be a living manifestation of the effects brought about by the message they convey.
A person who claims to be a Muslim must either convey the message of Islam in the way mentioned above, or he cannot save himself either in this life or in the life to come. When he says that he is a Muslim and stops short of conveying the message as the Prophet did, he is actually testifying against Islam in which he claims to believe. The testimony he has to make for Islam begins with himself, his home, family and his immediate society, as he endeavours to make them a living example of Islamic life. n