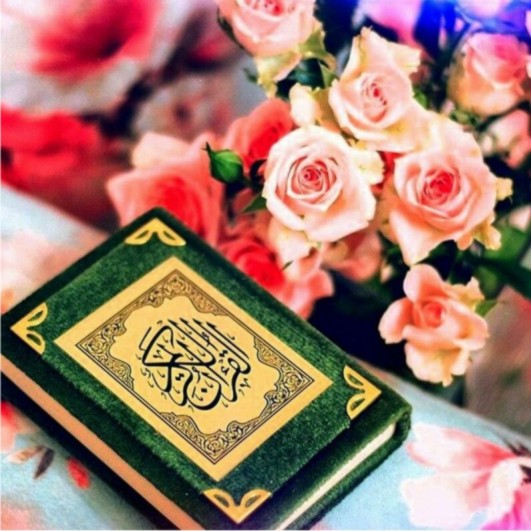 What Matters is Quality over Quantity

Dr. Yaaseen Masvood 0 June, 2022 7:14 pm
Happiness or Misfortune is Determined by God
Between Comfort And Hardship
Hastening the Last Hour – The Time That May Well Be Near

Allah says: “Indeed Allah only accepts from the righteous (who fear Him)”. (5:27)

1. Deeds are done solely for the sake of Allah.

2. Deeds did in accordance with the teachings of our Prophet (SAW).

Any righteous deed which does not fulfill the above two conditions will be devoid of its rewards in the Hereafter. Allah’s protection is sought! Therefore, a Muslim should strive to do his deeds in accordance with the above conditions and be equally concerned about the acceptance of the deeds by Allah. This is evident from the way two of our great Prophets, Ibrahim and Ismail (alaihimssalam) were supplicating while fulfilling the command of Allah to raise the foundations of Ka’ba, the first house of worship of Allah on the face of earth, thus: “Our Lord, accept [this] from us. Indeed You are the Hearing, the Knowing.” (Al-Baqarah: 127). Although these two Prophets had completed the most virtuous deed ordered by Allah at that point in time, they were not contented with their accomplishments, and they invoked Allah to accept it from them. This incident clearly portrays the humility personification of these two great prophets after the completion of a great virtuous deed. From this, it becomes clear about the need to be concerned about the acceptance of the deed at the end of the performance of any righteous deed.

In the commentary of the above verse, Imam Ibn Katheer mentions thus: The Prophets Ibrahim and Ismail were performing a good deed, yet they asked Allah to accept this good deed from them. Ibn Abi Hatim narrated that: Wuhayb bin Al-Ward recited the above ayah and cried and (addressing Ibrahim alaihissalam) said: “O Khalil of Ar-Rahman! You raise the foundations of the House of Rahman, yet you are afraid that He will not accept it from you. (Tafseer Ibn Katheer). He then prayed to Allah: “O Merciful! Your friend is building Your house fearing that the deed will not be accepted (whereas we think that our small efforts are accepted”.) (Tafseer Anwarul Bayan).

Our Prophet (SAW) used to supplicate: “My Lord accept my repentance, wash away my sins, answer my supplication, clearly establish my evidence, guide my heart, make true my tongue, and draw out malice in my breast.” (Sunan Abi Dawood). If our Prophet (SAW) whose past and future sins were forgiven by Allah, had to ask for the acceptance of his repentance, then to what extent we should all be concerned about the acceptance of our deeds?

“Whatever be the magnitude and nature of the righteous deed, it will benefit the individual in the Hereafter, only if it results in the acceptance of the deed by Allah.”

We find similar attitudes in the lives of the companions of our Prophet (SAW) also. On one occasion, a beggar came to Abdullah ibn Umar (radiyallahuanhu), and he told his son to give the beggar a gold dinar. When the beggar left, his son said to his father, “May Allah accept it from you, O beloved father.” Ibn Umar (radiyallahuanhu) said to him, “If I knew that Allah had accepted from me one prostration or charity of a single dirham, it would be more beloved to me than anything, but do you know from whom He accepts? Indeed, Allah only accepts from the righteous [who fear Him].” (Al-Maida: 27).

Abu Ad-Darda (radiyallahuanhu) said: “If I become certain that Allah has accepted even one prayer from me, it will be better for me than this life and all that is in it.” (Tafseer Ibn Katheer).

Similarly, Abdullah ibn Mas’ud (radiyallahuanhu) also said: “Indeed it brings me greater joy to know that Allah has accepted one good action of mine, than owning the entire world full of gold.”

While Allah describes the people of good deeds in Sura Al-Muminoon, He says: “And those who give that which they give with their hearts full of fear, because they are sure to return to their Lord.” (23:57). Our mother, A’ishah (radiyallahuanha), asked about these people to our Prophet (SAW): “Are these the ones who steal and commit zina and drink alcohol while fearing Allah?” The Messenger of Allah (SAW) replied: “No, O daughter of As-Siddiq, they are the ones who pray and fast give in charity while fearing that it will not be accepted from them.” (Tirmidhi). This is the behaviour of sincere believers, who, after carrying out deeds of righteousness, do not indulge in self-glory, but rather are afraid that the good deeds might not be accepted by them.

Elsewhere, in Sura Ahqaaf (chapter 46), Allah advises us about the parents and then says: “those are the ones from whom We will accept the best of what they did and overlook their misdeeds, [their being] among the companions of Paradise. [That is] the promise of truth which they had been promised.” (Al-Ahqaf: 16).

From this verse, it becomes clear that those from whom Allah will accept the best of what they did and overlook their evil deeds will be the people of Paradise. These are those who repent to Allah, turn back to Him, and rectify their shortcomings through repentance and seeking forgiveness. Many of their errors will be forgiven, and Allah will accept a modest amount of deeds from them. (Tafseer Ibn Katheer).

It is this virtue that most of us lack. Once we perform the deed, we take it for granted that it would be automatically accepted by Allah, despite the lack of sincerity of our actions for the sake of Allah and the non-conformity to the teachings of our Prophet (SAW). What could be more damaging than finding the rejection of our righteous deeds in the aakhirah, despite having laboured the whole of our lives with such deeds. This is why our pious predecessors used to be concerned about the acceptance of their Ramadhan fastings for about six months after Ramadhan, and even when they greeted each other during the festival of Eid, they used to say : “Taqabbalallahu minna wa minkum” (May Allah accept from you and us).

Concerning the statement of Allah, “which of you is the best in deeds” (11:7) from Sura Hud, Imam Ibn Katheer states: It is important to note here that Allah did not say, “Which of you has done the most deeds.” Instead, He said: “Best in deeds.” Therefore, in the final analysis, what matters is quality over quantity.

Whatever be the magnitude and nature of the righteous deed, it will benefit the individual in the Hereafter only if it results in the acceptance of the deed by Allah. Hence, it is only befitting that one supplements all their good deeds with the supplication towards that effect. We ask Allah to forgive our shortcomings and accept our efforts to obey Him.

“Our Lord, accept [this] from us. Indeed You are the Hearing, the Knowing.”