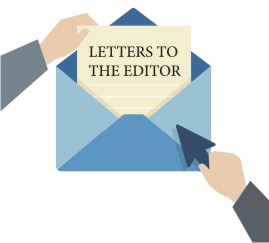 Islam teaches that we should be kind, merciful, tolerant, and honest, particularly in our dealings with other people. However, many Muslims think that simply praying and giving zakat is the path to salvation while they conduct their relations based on deceit and lies. They imagine that they will be rewarded for good deeds separately and that their bad ones will be compensated and nullified by their good ones.
Mushtaq ul Haq, Srinagar

Very informative article about Waqf Boards in the May issue of IV. Very few articles change the attitudes of readers. This is one among the eye-opening articles surely. No one had written from the point of view of the Waqf Board.
Nilufer Sameena, USA

I read the article “WAQF BOARDS: The other side of the picture” by Syed Tahsin Ahmed (IV, May 2021). Mr. Ahmed has successfully uncovered and revealed many misconceptions about Waqf Boards. The article has rightly highlighted that all waqf properties are not viable to generate sufficient income since a major part of these are comprised of qabrastans and masjids.
Illegal encroachment is a different story. It’s like critters gnawing at the edges of these properties. Even after all legal fights and judgments, these properties meant for benefitting people will lie torn into bits and pieces.
The author’s experience of having worked as CEO of Waqf Board shows in the clarity of explanation in this impeccably written article. His suggestions on how to move forward to develop the available Waqf properties needs to be seriously considered.
Unless we revive the sunnah of the Prophet (saw) in being sadiq and ameen in what we are trusted with, (be it money or properties), we are bound to fail. People’s money and properties are seen as soft targets to be robbed and stolen by some of the caretakers.
This article was an eye-opener, well-written and well-explained. There are very few people who transfer their thoughts on paper with such clarity and with no ambiguities. The article’s use of simple but eloquent language without any arduous words is commendable. The article is sharp and focussed on the topic all through. I am glad that Mr. Ahmed is putting his intellectual side to good use during retirement.
Qazi Minhaj Azher, Bangalore

I read Syed Tahsin Ahmed’s article on waqfs with a lot of interest as it is written based on the author’s deep familiarity with the subject. I accept Mr. Ahmed’s point of view that we should not be overtly critical and see the positive aspects of the Waqf Board. However, I feel that the Board has some supervisory and audit powers that allow it to scrutinize the financial dealings of the various Waqf institutions. Perhaps, it has failed in this task.
Vikhar Ahmed, Bengaluru

I have been an avid reader and life member of Islamic Voice ever since its launch in 1987. Islamic Voice is a household name in our homes. It is good to know its resumption once again. I am happy to state it dons a fresh look and most importantly BETTER CONTENT. The May edition was exceptionally good, to say the least. The article on Waqf Boards by Tahsin Ahmed clears many misconceptions about the Waqf Boards. Mr. Ahmed has done a wonderful job to clear the haze about Waqf Boards with his extensive knowledge and experience of Awqaf. He deserves to be commended for his attempt.
The article by the esteemed educationist Mr. JAK Tareen under the caption on Indian Muslims was also brilliant.
I am dismayed, however, to know that the physical copy of Islamic Voice for this issue is not seeing the light of the day owing to postal problems. May I request you to bring out the print edition of the May issue and dispatch it with the June issue? There is no better enjoyment than reading the print edition of a magazine and preserving a cutting of important articles.
Naveed Ahmed, Bengaluru