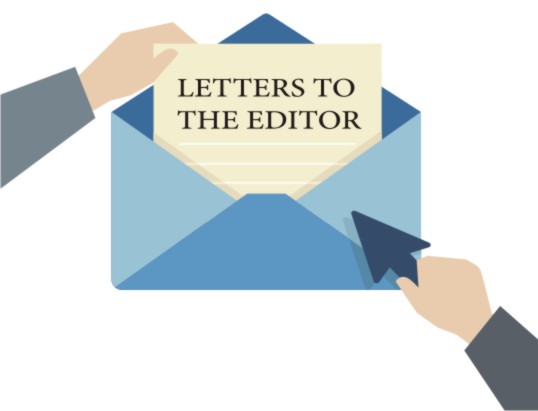 Sir,
“Travelling for the obligatory Hajj and Umrah without a Mahram is not permissible in Islam,” declared the Islamic Fiqh Academy of India (IFA)
at its 29th Islamic Jurisprudential Seminar
article published in November 2021 Islamic Voice issue
Several resolutions passed regarding the 29th Fiqhi seminar held at Hyderabad, and rules were laid down for women’s travel to either Umrah or anywhere else. They have literally prohibited the travel of a woman to long and short distances without a Mahram. The scholars have spent three days and worked very hard to further divide an already fractured community into Fiqh and Maslaks by stating that their ruling applies to Hanafi and not to the other three, namely the Shafi, Maliki, and Hanbali. When the Saudi government has approved Hajj and Umrah for single women and the government has allowed the same, and thousands of women were performing Hajj and Umrah without Mahram, this seminar was uncalled for and an exercise to make their presence felt. Let them answer some basics. What if a widow has to travel for a job alone to feed and educate her children? What if a widow has more than one daughter who would like to go to university in their town or another town for higher education and has no Maharam? The worst part of the decisions is their dictate is only for Hanafi and not for others. Are they suggesting that all those God-fearing women from other Fiqh are doing something wrong? In a camouflaged language, the resolutions of the seminar (if anyone takes them seriously) are only curbing women’s travel for education, work, or any business, without realizing the economic and social implication of such dictates on the Muslim women and society as such.
The same conference discusses the problems of polarization in the country that is affecting the community. That is an important subject. In that case, they should have deliberated and come out with strategies to dilute the fast-spreading hate and Islamophobia, ways and means to improve interpersonal relations with non-Muslims. Bring in greater unity in the community, particularly between the Maslaks and Fiqh, and enhance community’s efforts to educate the youth, particularly the women. They should have discussed allowing women to pray in masjids, discussed the reorientation of the imams to deliver Khutbas that are relevant to contemporary issues, use Masjids for several community-building activities, about which I have published in my previous articles. The community in the 21st century needs strong women empowered with high levels of professional education, skills, professional knowledge acquired from India and abroad. A Muslim woman should aspire to be a Judge, a bureaucrat, a scientist, and even an entrepreneur. A Muslim woman should be a job creator rather than a job seeker. The statements such as “a woman needs the help of men” and binding her in the constraints of Maharam are not contested, but the context of its statement is regressive and confuses the already confused women of our community. Islam has commanded Muslims to even travel to China to acquire knowledge, but it never said only men should acquire knowledge or if women travel to acquire knowledge, should have a Maharam always.
Prof Jalees Ahmed Khan Tareen (Padma shri) And former Vice-Chancellor to three Universities
“Importance of pressure groups or lobbying”
Assalamualaikum,
In the November 2021 issue of Islamic Voice, Syed Tahsin Ahmed is back, addressing the “Importance of pressure groups” or “lobbying.” Many of these lobbyists, some are known, many are unknown and unheard of but their presence is always felt in the corridors of power, halls of parliament and in the offices of the highest authorities in the government. Their power is enormous.
As the writer has stated, there are various lobbyists, and he has mentioned a few. Unfortunately, there is not even a single influential “Pressure Group” representing Muslims in our secular nation, the largest minority that can significantly impact the elected members. No lobbying, no political representation? How can we expect any change in our living conditions and lifestyle?
American Israeli Political Action Committee (AIPAC) is the world’s strongest lobbying group. It is so strong that every American politician is answerable to this lobby despite being an outsider and from a small Jewish country. It is so powerful that the USA has a common understanding that “America’s foreign policy is made in Tel Aviv.”
This is just one example of how much this AIPAC is influential across political lines and why Israel is invincible as it controls and covers every aspect of aid and defense from the USA.
Vision Karnataka could be a ray of hope, but can it survive without significant Muslim representation at lobbying and political levels? What is the outreach and influence of this “pressure group” on the general public? Would they be able to support a good candidate in the elections and make him win? Can they convince the eligible voters not to sell their precious votes? Can it arrange for en bloc voting, like Jews in America do? Probably not in the poverty-stricken areas to which most minorities belong and where money talks and disunity rules.
I am not trying to discourage here, but instead, I am encouraged to bring unity among minorities and bring positive changes at the political level. Get united and get the good candidates elected by showing the special voting power. Pressure groups can only generate and apply heat on political establishments to squeeze political and social gains from them.
May Allah protect us and give us the knowledge to safeguard our communities. Aameen
Qazi Minhaj Azher, USA.
Sir,
I have been an avid reader of Islamic Voice for nearly 25+ years, and Alhamdulillah has significantly benefitted. Now that I want to contribute to it through my articles, I request you to kindly consider publishing the same so that I can earn the pleasure of Allah through the readership of a wider audience, which Islamic Voice enjoys.
Dr. Yaaseen Masvood, Ph.D, Chennai,