Islamic Voice 0 May, 2017 12:00 am
Inspiring Articles
All Answers are in the Quran
Book in Tamil

Our life in this world is similar to the Fair. This world is full of deceitful fascinations, which can distract you from your duties and make you forget your ultimate goal, which is the Hereafter. 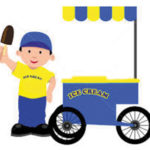 Once upon a time, in a beautiful city there lived an ice cream-seller with his wife and son, Abdullah. He was a wise and hard working man, and he and his family lived very happily.
It was summer, and Abdullah had holidays and was enjoying himself at home. Around this time, a fair had been set up in the outskirts of the city. News of the fair spread like wildfire. The city folk were all very eager to visit it.
It was a great opportunity for the ice cream-seller to make good money by selling his wares. So, he booked a stall at the fair. But suddenly, just a day before the fair was to start, he fell sick and was told by the doctor that he should take rest and not attend the fair.
When Abdullah came to know of this, he said, “You need not worry, father. I’ll take the ice cream and sell it at the fair on your behalf.”
Caring and Responsible
Abdullah’s parents were very touched at this gesture. They were very happy to see him being so caring and responsible.
As Abdullah was a young boy”he was just 14 years old”and had never sold ice cream before, his father asked him, ” Son, are you sure you want to do this?” And Abdullah replied with an eager “Yes!”
At this, Abdullah’s father agreed to send him to manage the stall at the fair. He wanted to give his son an opportunity to learn new things.
The next morning, Abdullah woke up early, very excited about his job assignment at the fair. After breakfast, his parents wished him luck. Saying goodbye, Abdullah left home and went to the ice cream factory. There, he loaded his cart with packs of ice cream and set off for the fair.

Clowns and Jugglers
When Abdullah reached the fair, he was bewildered at what he saw. It all seemed so beautiful! There were lots of people there, and many stalls, selling many different things. There was a big giant wheel, a merry-go-round and many types of swings and rides! It was as if the fair was calling out to Abdullah to rush to it. Thinking that there was plenty of time all day long to sell the ice cream, Abdullah said to himself, “Let me first go and have a view of the fair, I can sell ice cream later.”
Abdullah kept the ice cream safely, and then, leaving the stall, he strolled around, gazing at the shops and other attractions. He could see a plethora of amazing activities! There were clowns and jugglers amusing people with their tricks, acrobats performing astonishing feats, puppet shows and many other amusements”all of which Abdullah watched wonderstruck, completely forgetting the ice-cream that he had come to the fair to sell.
Meanwhile, the sun had risen high up in the sky, and in the scorching summer heat Abdullah’s ice creams had begun to melt!

Spell was Broken
Just when he remembered his ice cream and thought of going back to his stall, Abdullah’s gaze fell on a few pretty girls who were buying bangles at a stall. They were very attractive and the adolescent couldn’t resist the sight. As the girls strolled along, Abdullah followed them, delighting in their cheerful activities, until they left the fair to return to their homes.
When the girls had gone, their spell on Abdullah was broken. He began running towards his stall, anxious about what might have happened to the ice cream. When he lifted the lid of the box in which he had kept the ice cream he was shocked to discover that all of it had melted and all that remained was a giant puddle!
As you can imagine, Abdullah was very upset with what he had done. He had failed in his job! With a heavy and regretful heart, he left for his home. When he got there, he ran to his father, and, embraced him, began to sob. His worried father asked him what the matter was. Abdullah narrated everything that happened at the fair. After listening to him, Abdullah’s father consoled him, telling him that he should not yield to sorrow because whatever loss had happened need not go in vain.

Deceitful Fascinations
“It has taught you a lesson, son” Abdullah’s father explained. “You see, our life in this world is similar to the fair. This world is full of deceitful fascinations, which can distract you from your duties and make you forget your ultimate goal, which is the Hereafter. So, let not this world beguile you, as the fair did. Or else your time will just melt away, just like what happened with the ice cream, and then you will be left completely empty-handed. As God says in the Quran:
I swear by the passage of time, that man is surely in a state of loss, except for those who believe and do good deeds and exhort one another to hold fast to the Truth, and who exhort one another to stead-fastness.

Reflect on this, son.”
Saying this Abdullah’s father held Abdullah in a warm embrace and told him, “Son, now cheer up please!” At this, Abdullah gave out a beautiful smile”as did his mother and father, and so we leave them smiling there!
(The writer is an engineering student based in Kolar, Karnataka. The story is based on a Friday sermon given by a Maulvi Sahib that the author once attended, in which he focused on Surah Asr and the importance of time.)