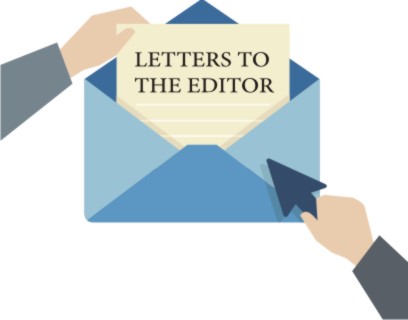 “Ethnicity Factor in Muslim Marriages”
The article “Ethnicity Factor in Muslim Marriages”was written by Syed Tahsin Ahmed. It is a good choice of topic that needs to be sorted out on priority.
But imagine this ethnicity-related exogamy has survived nearly a Millenium of prejudice. It should be addressed in the khutbas in masjid. No other way can it be overcome and should be a consistent effort. I remember one day a person who was talking to me about his son’s alliance was in tears and wondering why he had not taken the step to remove a surname while admitting his son to school. He was lamenting that no one wanted to marry his son because of the surname and they felt outcasted.
These Khan, Pathan, and Syed historical rivalries between the ethnic lobbies in the kings’ court have unfortunately been so strong that these archaic divisions have continued and are damaging Muslims in India today. A workshop on how to address this issue would be the first step to coming out with solutions and cleaning the Augean stables. I would help out any organization that would take up this topic. My small contribution to the topic.
Nikhat Abroo Tabassum,
IAS (Retd.), Bangalore

The article “Ethnicity Factor in Muslim Marriages” is so very well worded. Mr. Tahsin Ahmed has covered all issues confronting the community relating to this complex issue in marriages. He has also relied on Qur’an and Hadith to convince and prompt the readers to view things in the right perspective and go for corrective measures..
Arif Mekhri,
Ex- chairman, District Waqf Advisory Committee, Mysore.

“Ethnicity factor in Muslim marriages” by Tahsin Ahmed in the August edition of IV, broaches a touchy subject, still being practiced in India rampantly and all over the world, probably to a lesser extent.
The writer has gone quitein detail to point out and explain various titles by the virtue of descendency or titles bestowed by the ruling royalties or various ethnic sects and creeds. Even though the titles may have lost their importance and may not wield the respect, honour, and power they once did, these titles are carried along, generation after generation. Many times these titles are becoming taboo in matrimonial alliances. People fail to understand that any title or surname added to a name is not going to make that person a harsh-tongued, hard-hearted, or short-tempered person. It is the upbringing, education, home environment, and appropriate adherence to the religion which matters the most.
The author, right in the beginning mentioned the last sermon of the Prophet (saw), in which he mentioned that the superiority on the day of judgment will be strictly based onthe good deeds of the individuals and not based on ethnicity, colour, or lineage. This sermon should have ended all thediscriminating, biased, and bigoted thoughts.
In search of a matrimonial match, it’s okay to take precautionary steps during matchmaking. Getting the background check and enquiring about the family and the upbringing of the prospective match is acceptable. But rejecting a proposal based on age-old titles is uncalled for. Can anyone guarantee that if one gets married in the same clan, the married couple lives happily ever after? Are there no issues or problems in their extended families who got married in the same clan? Aren’t there many examples of those who got married outside of their clan and are living happily ever after?
If this kind of thinking has any weight then, what will happen to “Neo reverts”? What about the people with no titles or last surnames?
Apart from these, nowadays social differences are creating havoc in matchmaking. Academically girls are doing far better compared to boys in Muslim communities. Getting a match for a highly educated girl has become a difficult task. Many girls have crossed their prime age and have remained spinsters for one or the other reason.
Qazi Minhaj Azher,
USA

I read with interest the article “Ethnicity factor in Muslim marriages”.
Regional labels attached in the olden days do persist in certain groups still! But among educated people, these are not taken seriously. Of course, Hanafi, Shaafi, and Maliki differences are considered, but it is worth re-thinking when an offer is too good.
This article has conveyed a good message, directly and indirectly to all Muslims that how silly it is to practice traditions against the foundation of Islam which is the Universal Brotherhood.
Prof. Neelufer Sameena
USA

Thanks for publishing such an important article on the topic of Ethnicity Factor in Muslim Marriages. The issues raised are focused and relevant in the present-day context. I hope the community opens up its mind and reforms itself.
Farooq Ameen,
Retd. BSNL Officer,Mysore