A HOLISITIC UNDERSTANDING OF KNOWLEDGE

Islamic Voice 0 May, 2021 2:37 pm
A Positive Crusader
Religious Practices in Public Workplaces: My Response
Connected to the World – But Disconnected Within!

It is our mandatory duty to explore Nature through knowledge

The Jamiat ul-Ulema-I Hind (JUH), which is possibly among the largest Muslim organisations in the country, has a strong base among imams, muezzins and other functionaries of mosques and madrasas. Many of its members are graduates of the Dar u-Uloom (Deoband, U.P.), which is stated to be one of the largest madrasas in South Asia. The JUH thus exercises a major influence on a vast number of Muslims. It is in this contextthat the decision by executive body of the JUH to introduce contemporary education in madrasas is expected to be a significant step, possibly heralding an important paradigm shift, which, if implemented successfully, might make madrasas more socially meaningful and useful. 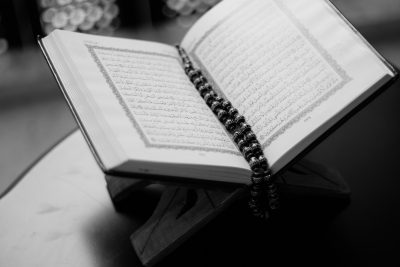 This particular Quranic verse is extremely inclusive with reference to knowledge. God bestowed the potential to gain knowledge of all things in the Universe to Adam and gave him the gift of senses and intelligence, to discover the creations of God for the benefit of all beings. The Quran (16:78) says: ‘And God brought you out of the wombs of your mothers while you knew nothing, and gave you hearing, sight, and intellect so perhaps you would be thankful.’

All the creations, living or non-living, which we see around us are aayaat (signs) of God, but only for those who are God-conscious (muttaqi), i.e., who follow Divine commandments, including the binding order of exploring Nature and discovering its secrets.  The Quran (10:6) says: ‘Surely in the alternation of the day and the night, and in all that God has created in the heavens and the earth, there are truly signs for those mindful of Him.’

At another place the Quran (6:97) says: ‘And He is the One Who has made the stars as your guide through the darkness of land and sea. We have already made the signs clear for people who know.’

The Quran exhorts us to observe creations and explore Nature for our own benefit and spiritual growth. By understanding God’s creations, we discover the creative power and ingenuity of God, and through this we are able to get an idea of God’s greatness. By understanding God’s creations, we also able to harness the natural resources that are waiting to be discovered, for the benefit of human beings, and other creatures.

This process of discovery of the signs of God in the universe cannot be initiated without equipping ourselves with knowledge of contemporary disciplines. It will be pertinent to mention here that the Arabic word ilm means science. Those people or nations who have mastery over various sciences are engaging in discoveries and inventing all sorts of machines and gadgets, facilitating various domains of human activity. But by giving up sciences and declaring them ‘worldly’ knowledge, many Muslims have done an injustice and disservice.

Another damaging attitude which came along with this exclusion of scientific knowledge was the inculcation of an unscientific outlook and loss of objectivity. The Quran asks us to use our senses and intellect but many of us prefer to blindly follow past precedent.

The Quran (8:22) says: ‘Verily, the worst of all creatures in the sight of God are those deaf, those dumb ones who do not use their reason.’

In this verse, naas, the Arabic word for humans, is not used. Instead, the word dawwab is used, which means ‘creatures’. The most important factor which distinguishes human beings from animals is their intelligence (aql). A person who does not use his intelligence or reason is not intellectually a human being, hence the Quran does not use the word ‘naas’ but calls them creatures, not humans.

Ironically, while it is our mandatory duty to explore Nature through knowledge, Muslims, by and large, have kept themselves away from this commandment, because, like many other such commandments, it was not preached as a religious or deeni obligation, and because they had ‘shelved’ the Quran, which otherwise, could have been a beacon of light and their primary source of guidance. Many Muslims neither understand the Quran properly nor practice it fully. For centuries, a few Divine orders have been passed on to us, generation after generation, and our understanding of Islam is confined to these commands of ‘prayers’ only. If one truly understands the Quran and believes that it is a book of guidance and it must be followed, one would never Divide knowledge into ‘religious’ and ‘worldly’, and one would never shun science, which is actually the study of God’s creations.

It is actually mandatory for us to explore, discover and harness the ayaat or signs of God with our knowledge, otherwise we will be answerable to God on the Day of Judgment. The Quran (27:83-84) says:

And the day we will gather from every community, troops of those who denied Our signs, they will be formed into ordered ranks, until when they come, He will say ‘Did you deny My signs and not comprehend them in (your) knowledge, or what was it that you did?

Can we ask ourselves what we did, or what we are doing?